A Reliable Wife by Robert Goolrick 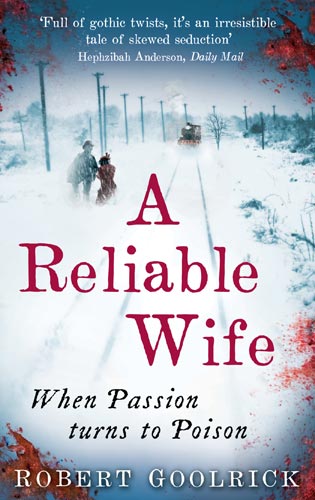 This was a surprise.

I started it, and I immediately noticed that there was…something more. Something hidden. A mystery.

Set in the early 1900s in Wisconsin, the whole story takes place in winter. It’s cold, the snow is up to your knees. There are days when everything is so white, you have to wear sunglasses indoors to look outside. Ralph is a rich, lonely widower that takes the brave decision to put an ad in the paper looking for a wife. 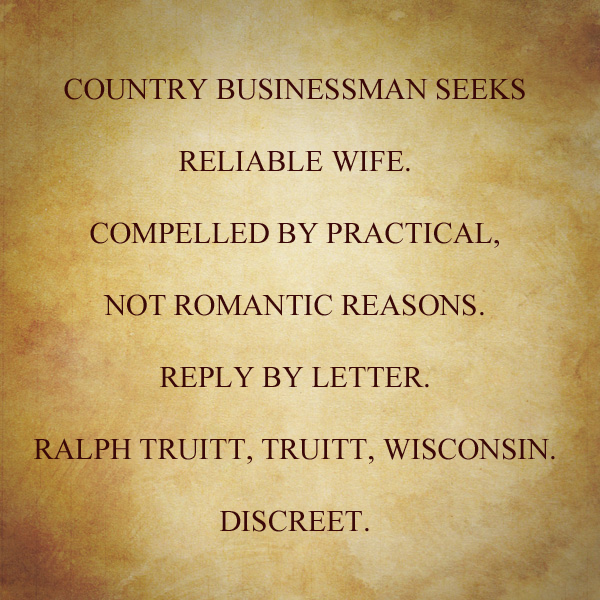 Catherine answers and, a boxful of letters later, she steps off the train in a thick snow blizzard that represents a moment of change. What Ralph wants is to end his days in the company of an honest woman. What Catherine wants is to end her days with money and love. But things are not as straightforward as they seem.

Ralph is the strangest character of them all, in my opinion. We start the novel by thinking that he is a simple man looking for comfort, but after finishing the book we discover that he is a character built a bit like one of those mirror attractions that you go to in Luna Parks – you think you’ve understood him but no, that’s just a reflection…where is the real Ralph? In the end, especially after the last part, I thought he was a bit exaggeratedly forgiving and slightly towards the unrealistic side. But that might be just me.

Catherine is gorgeous. She sews. She is kind, and affectionate, and she has a plan. She knows what she wants and will do everything and anything to get it. Or so we think. In contrast with Ralph, whose forgiving streak seems to be infinite, she finds her limit, suddenly and at the worst time possible. Like a fish out of water, she suddenly jumps back into the water and dives down to the unknown, follow a path she has never followed before and fighting for it. Stubborn and strong.

Antonio…well, let’s not say too much about Antonio. He is the utopian man, physically perfect but with secrets as dark as his flowing hair. He is the product of madness and is the only character that remains completely mad throughout the novel – even though his final goal changes, he is still batshit crazy.

I loved the book. I read it while I commuted, as usual, and it was one of the good ones that made me walk faster towards the metro so I could sit and find out what was about to happen. There are twists and turns and the descriptions are amazing – during the part with the blood (can’t tell you more) I very nearly felt physically sick.

Strongly recommended, it is a book that picks you up and takes you right in the middle of the action, making you forget about your daily life and the fact that no, you aren’t in Victorian Wisconsin.