Our very own Mystery Plant 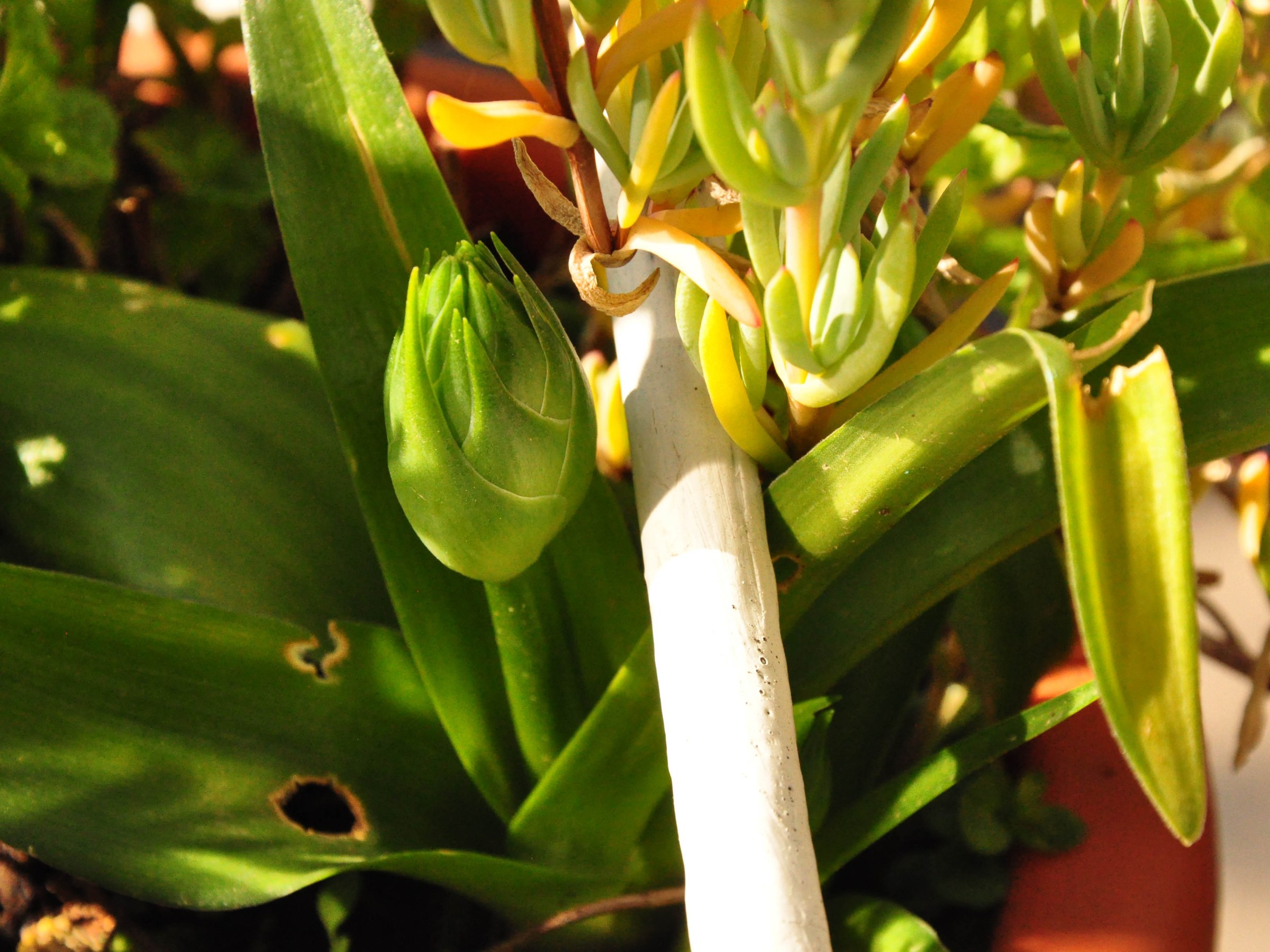 This post was originally published in the summer of 2014. Due to recent discoveries regarding tags et al., I am republishing it so that it can actually appear in wordpress’s feed and someone can smile at this miraculous mystery plant. Thank you for understanding! 🙂

I remember having a bulb, and planting it in our minuscule “balcony”, possibly in August. Or July. Or maybe September. I remember the bulb: it’s colour and shape and size. However I have absolutely no recollection of where that bulb had come from before I planted it. The next thing I remember is, just before the end of October, noticing that it had sprouted leaves. Odd thing to do really, in October. 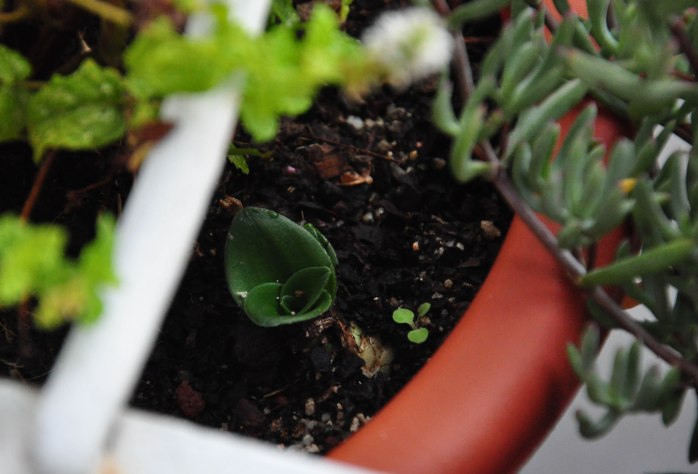 I thought it had mistaken the Spanish Autumn for Spring and, come Winter, would die. I showed the photo to a cousin of mine who is quite garden-savy, but she had no idea. A few months later I checked on it and was amazed to see a thick, meaty bud starting to grow. It was like no bud I had ever seen, and still couldn’t get an idea of what the plant was. 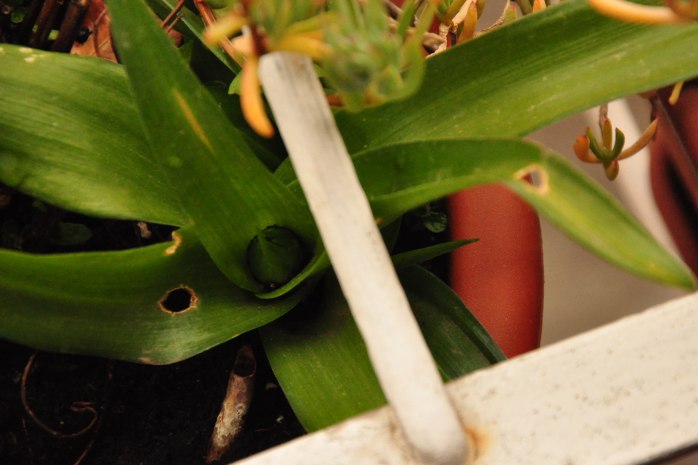 Spring arrived, finally, and with it a decisive boom in our little balcony’s plant growth. 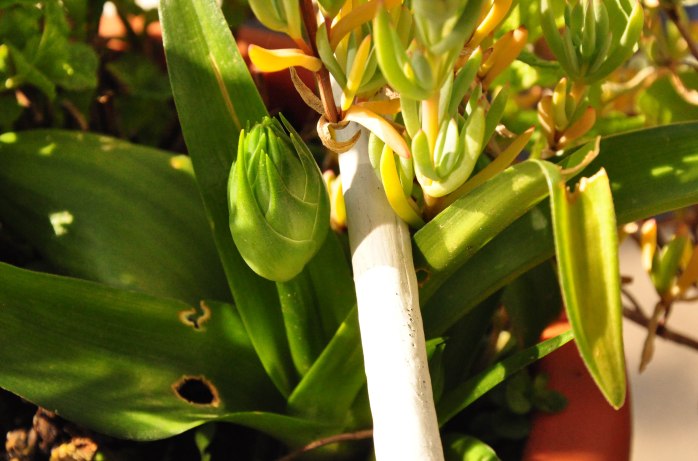 The mint, with which the Mystery Plant was growing, came back from the dead and new shoots started appearing at the base of last year’s dry stalks. The chives I had taken for lost send up long stems with fluffy light purple tufts of flowers. The rosemary, thyme and sage produced yummy new leaves and the trailing iceplants (Delosperma cooperi) grew and grew and grew.

The Mystery Plant also suddenly burst into action, sending not one but two tall stalks up to the sky and getting ready to flower. I found out that a “bud” with multiple flowers (or inflorescence) is called a raceme. One morning before work I checked on her and was extremely surprised to see that some of the flowers on the raceme had turned….orange. 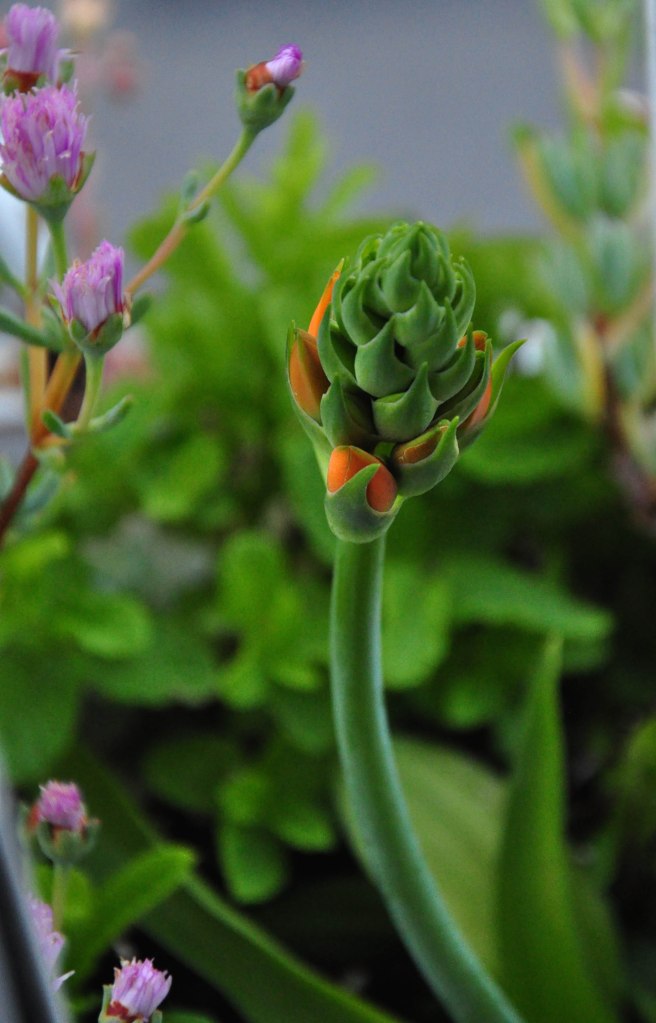 And then the Mystery Plant was ready to flower. The day before I left for a long weekend. Of course. Not knowing what plant it was or its preferences, habits and behaviours, I took some “last photos” of it, hoping the inflorescence would last until I came back three days later. 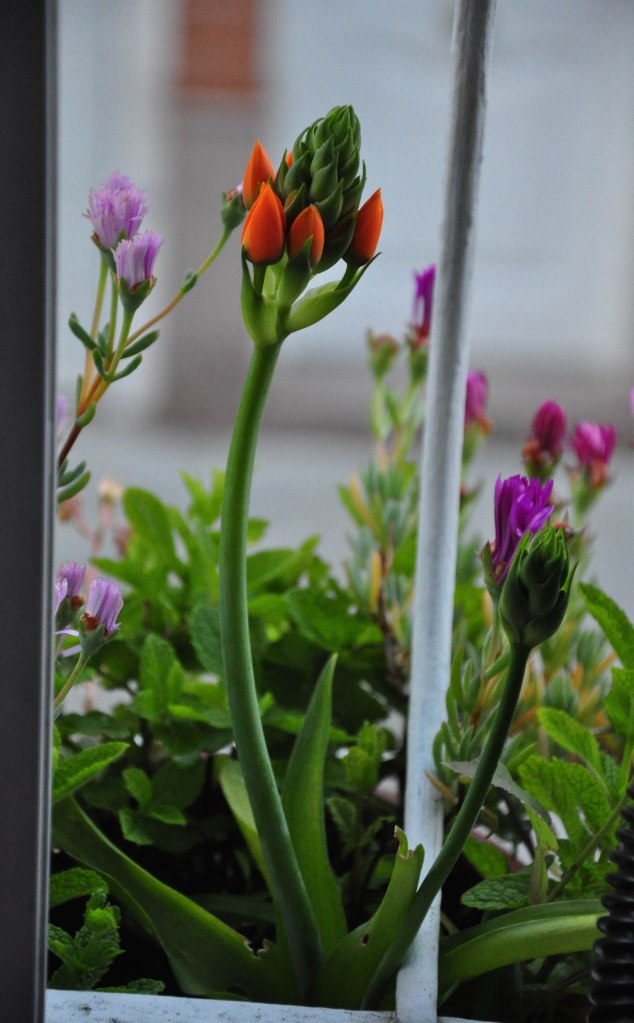 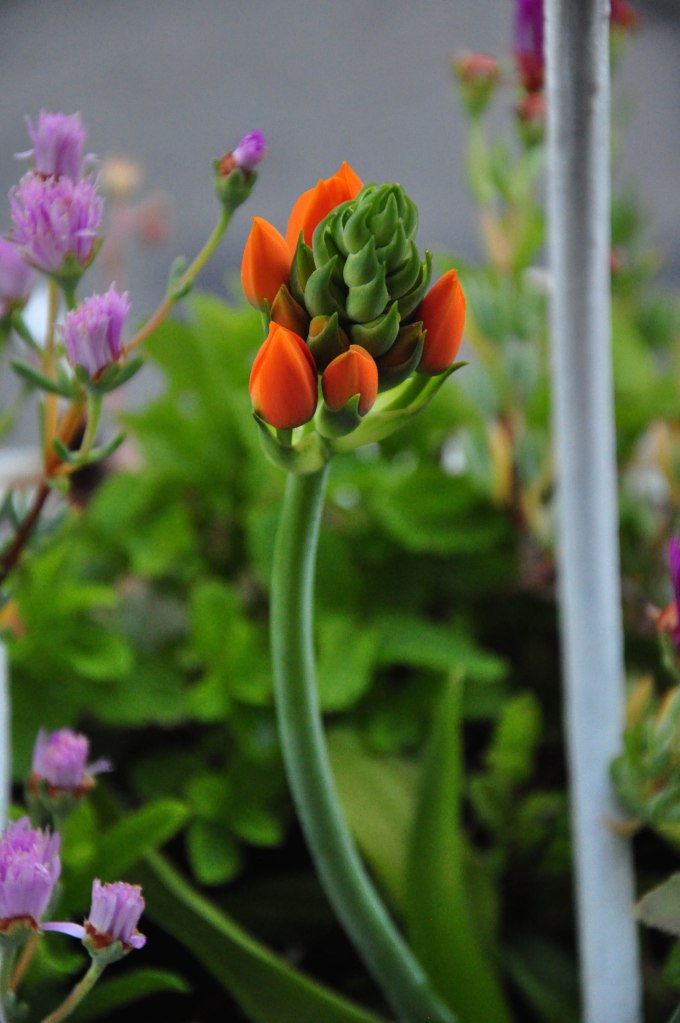 Luckily it’s one of those hardy plants whose flowers last longer than I feared! At my return, this amazing show was waiting for me: 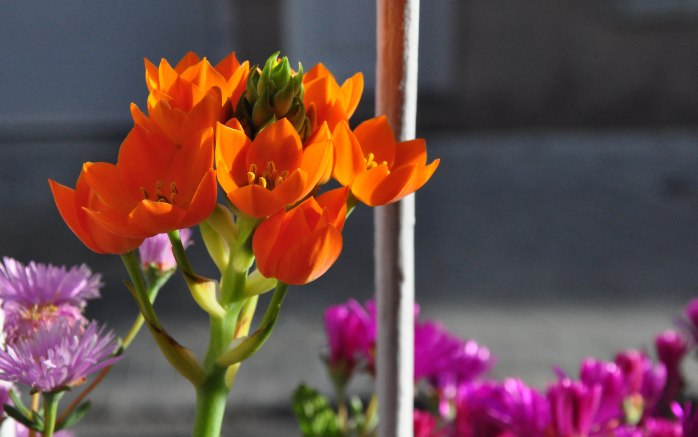 And, thanks to the unlimited power of the internet, I found out that the Mystery Plant is also called the Sun Star or Star of Bethlehem. It comes from South Africa (like the iceplants) and is perennial, which is awesome news! The genus contains about 180 species, some of which are poisonous and others used in the famous “Bach flowers” recipe. Not sure which one mine is, but I’m certainly not going to try to eat it anytime soon…it’s too beautiful. 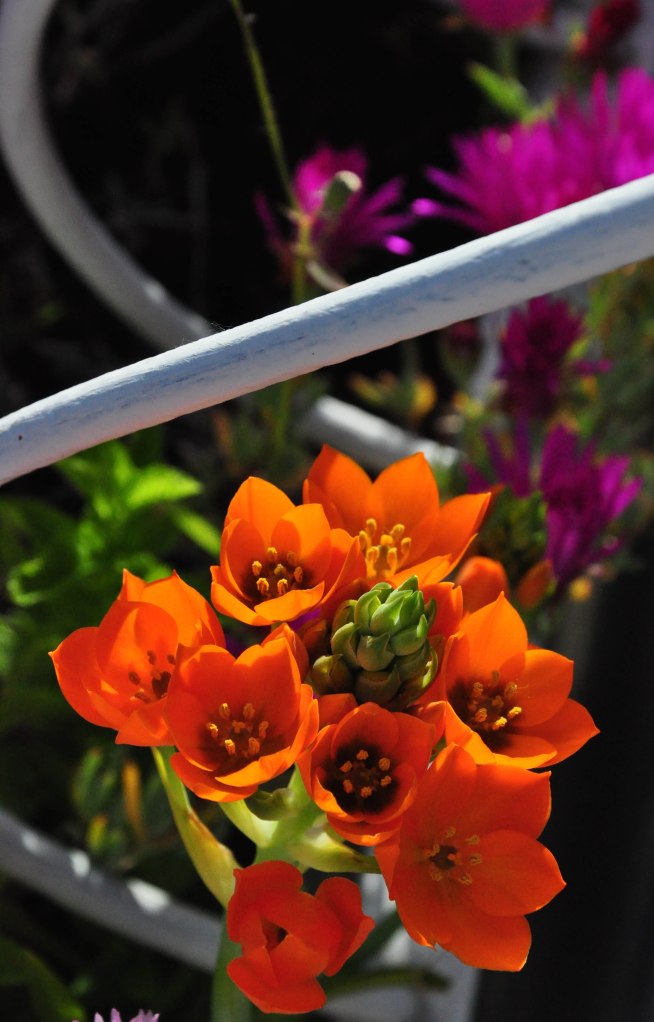 Its latin name? You’re going to laugh, because the name of the genus is Ornithogalum (uhm…bird’s milk, apparently, because most of the original natural species are white) and the species name is… dubium. That comes from “dubious” and “of dubious origin”. Which made me laugh, at least.

Another interesting fact of this little plant is that it won the Royal Horticultural Society’s Award of Garden Merit. Which is a prize that this society gives to plants that perform really well in the UK (easy to grow and beautiful to see, mainly). It’s a prize. That is given to plants. They gave a plant a prize. I’ll leave it at that.