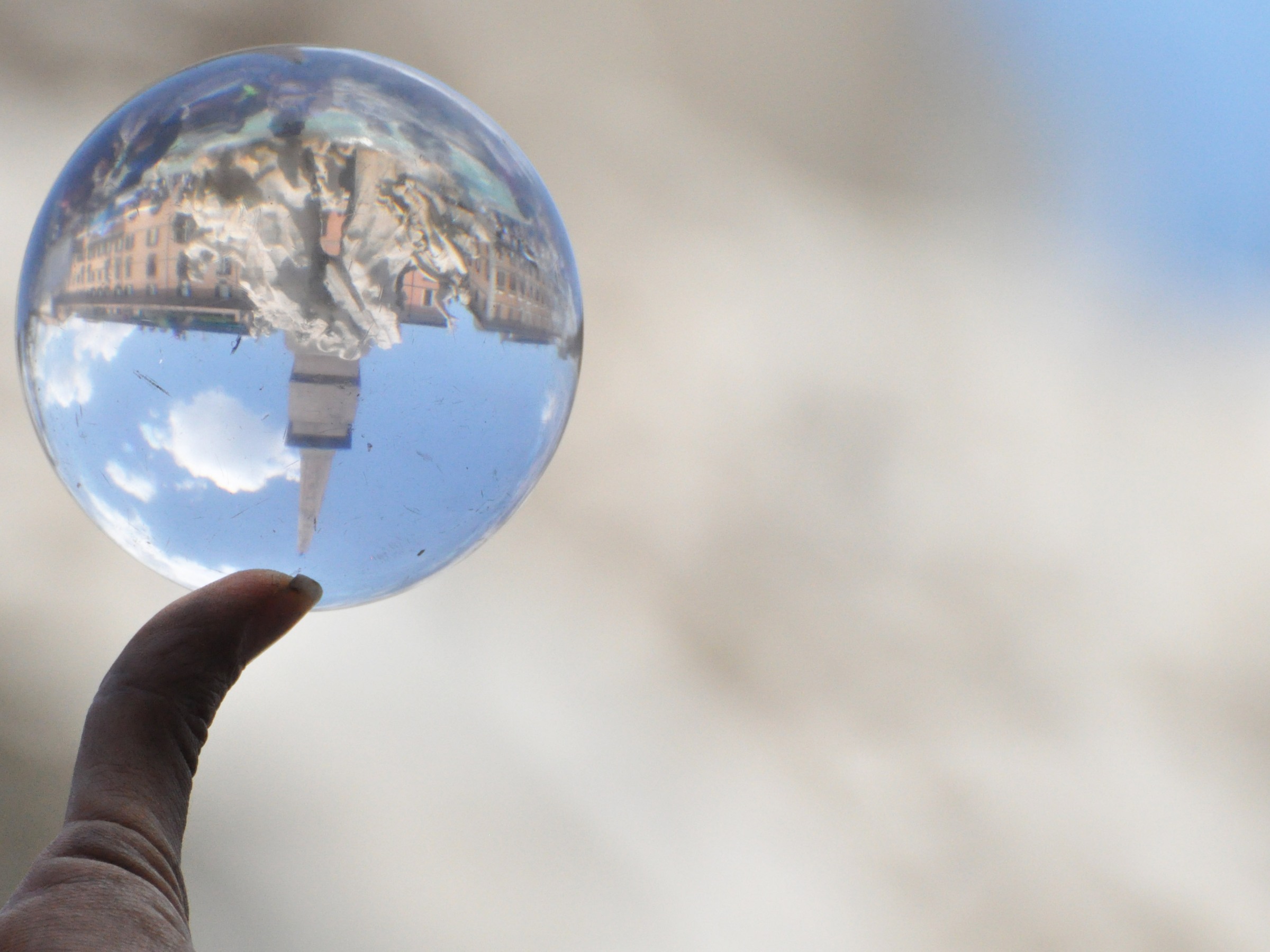 A few years ago, in Rome, we ran into a mime getting ready. He was dressed like a tree, and was intent on painting his face and arms brown and green and grey. No one was ready for his what he was about to do, however. As soon as he was ready and slipped into his “trunk” stand, he took out a crystal ball from a back pocket he had and started rolling it up and down his arms, dropping it, throwing it… It was mesmerising. Not even sure it could be called a mime, really, but that’s the only word that comes to mind.

We were in Piazza Navona. 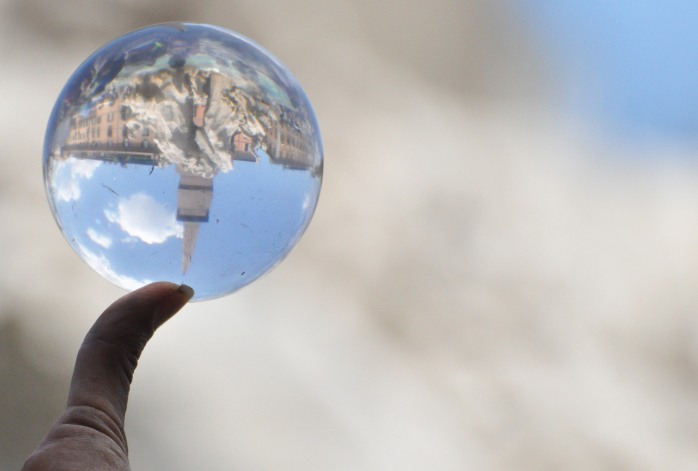