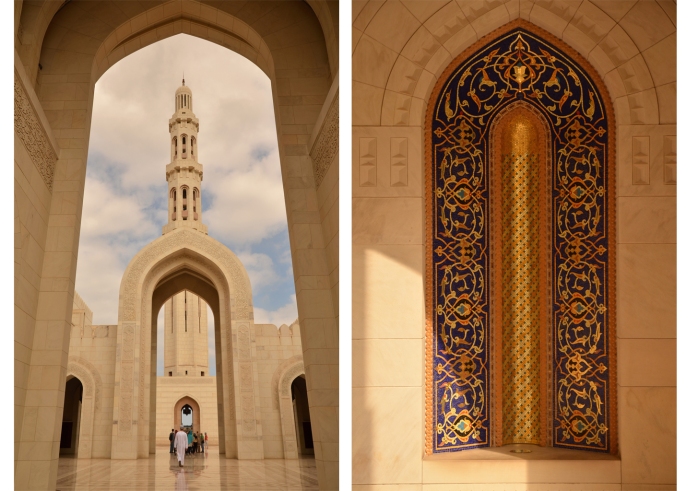 This is the Grand Mosque in Muscat, Oman. It should be noted that Oman is not famous for its ruins or archaeological sites. It’s famous for its new, shiny architecture. That is definitely grand. The Grand Mosque was no exception – with a carpet that would have probably covered most of Plaza Mayor in Madrid, Spain, and a chandelier that is the largest in the world – it was impressive.

Inside, it was dark and rich. Details showered your brain like little sparks and it was nearly impossible to really see everything. It was quiet, too. I noticed the chandelier, of course, but also the arches that silently hung over your head as you walked towards the exit – they were incredibly similar to the ones in Cordoba’s Mesquita (that I love).

What I thought was extraordinary was the clean, shiny pavement outside the mosque. So, so shiny that it looked like a slate of ice. A must-see if you’re in Muscat!