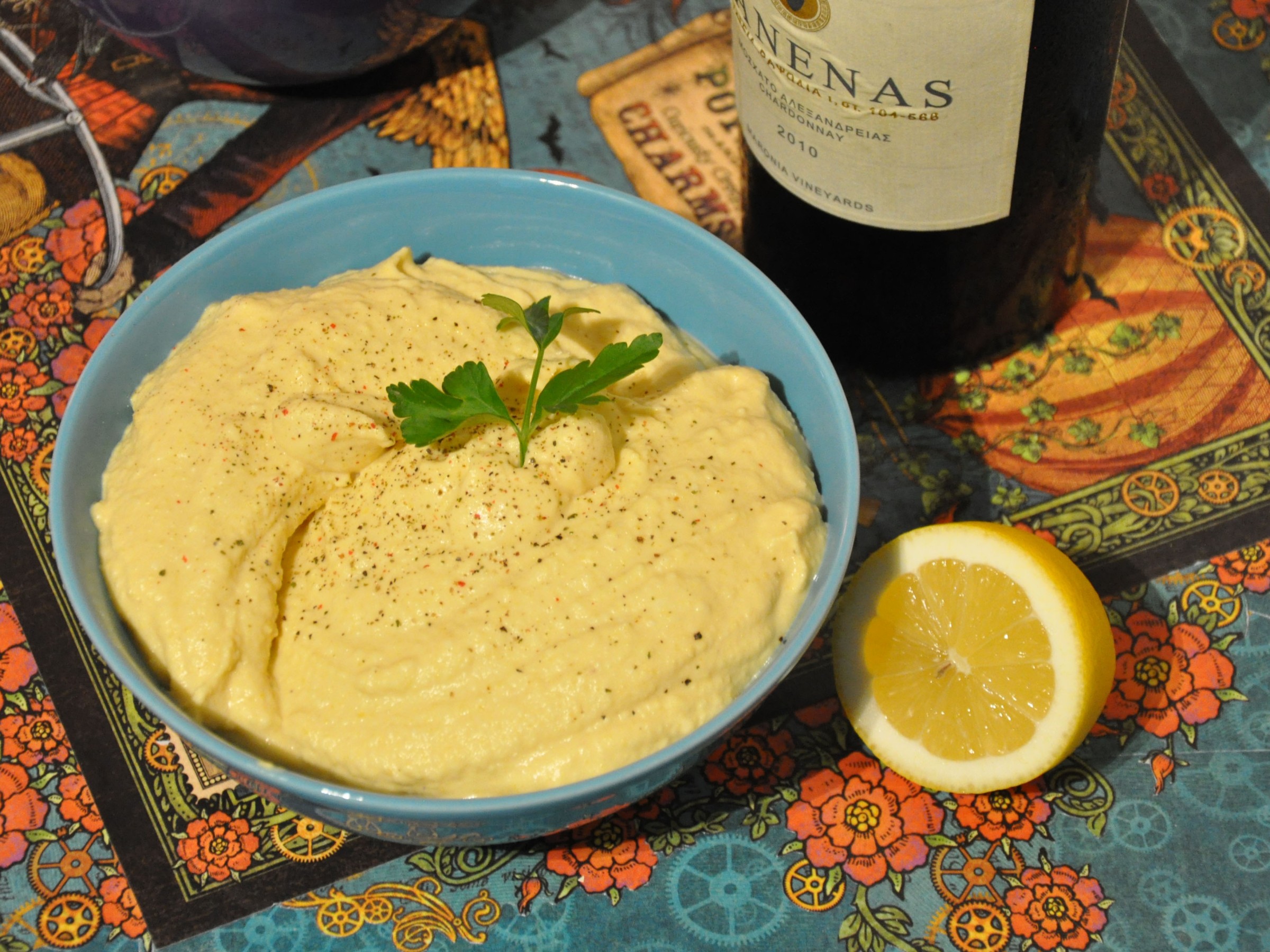 And chickpeas is really all you need to make hummus!

A while we were in our favourite Chinese shop and I saw tahini, the sesame paste that everyone says is fundamental for a perfect-tasting hummus. We bought it, brought it home, and forgot about it. And then one day I remembered it and said HA! I’ll make Hummus! so I looked up the recipe, saw that I had everything I needed, dry chickpeas included, and forgot about it again. I remembered during the night. I remembered because I had seen that I needed to soak the chickpeas overnight. I got up and, in the dark, dropped a random amount of chickpeas into a random-sized bowl with a random amount of water.

I got up the next morning and it was like an episode from Goosebumps, remember those books? I used to read them when I was young, and they scared me every time. Well, the chickpeas gave me quite a fright – during my nocturnal remembrance I had poured nearly 500gr into a smallish bowl with loads of water, and they had grown. Had they grown! They had absorbed the water and swollen to a I’m-going-to-hop-out-of-the-bowl-and-explore degree. When you soak the chickpeas, remember to check the portions! Just for your information, the man at the market said (when he had finished laughing at me) that one handful per person is usually enough. And, also for your information, if you make too many chickpeas just cook them, cool them and then freeze them – they’ll stay as good as new 😉

Now, back to the easy-peasy hummus

So what you do is first, cook the water-filled chickpeas. In water and salt, until they’re soft. Then, you can skin them – you’ll see that the skin starts to come off spontaneously, and it’s really your choice. I read quite a few blogs that said there’s really no difference between skinned and non-skinned chickpea hummus… I skinned about half and left the other half (I was bored).

Once the chickpeas are cooked and cooled, you just measure out the ingredients, dump them in a blender and turbo mix the substance out of them! That’s it. And I’d put the amounts and weights and such, but honestly what I did was put a load of chickpeas and then add the other ingredients, tasting every so often and adjusting as I went. The only thing I forgot to include in the photo of the ingredients is the water the chickpeas boiled in, which you have to keep and can use to make the hummus smoother. That’s it!

In Italian we say “Q.B. – quanto basta”. Literally “As Much As Is Enough”. Which is the amount of all the ingredients for this recipe!