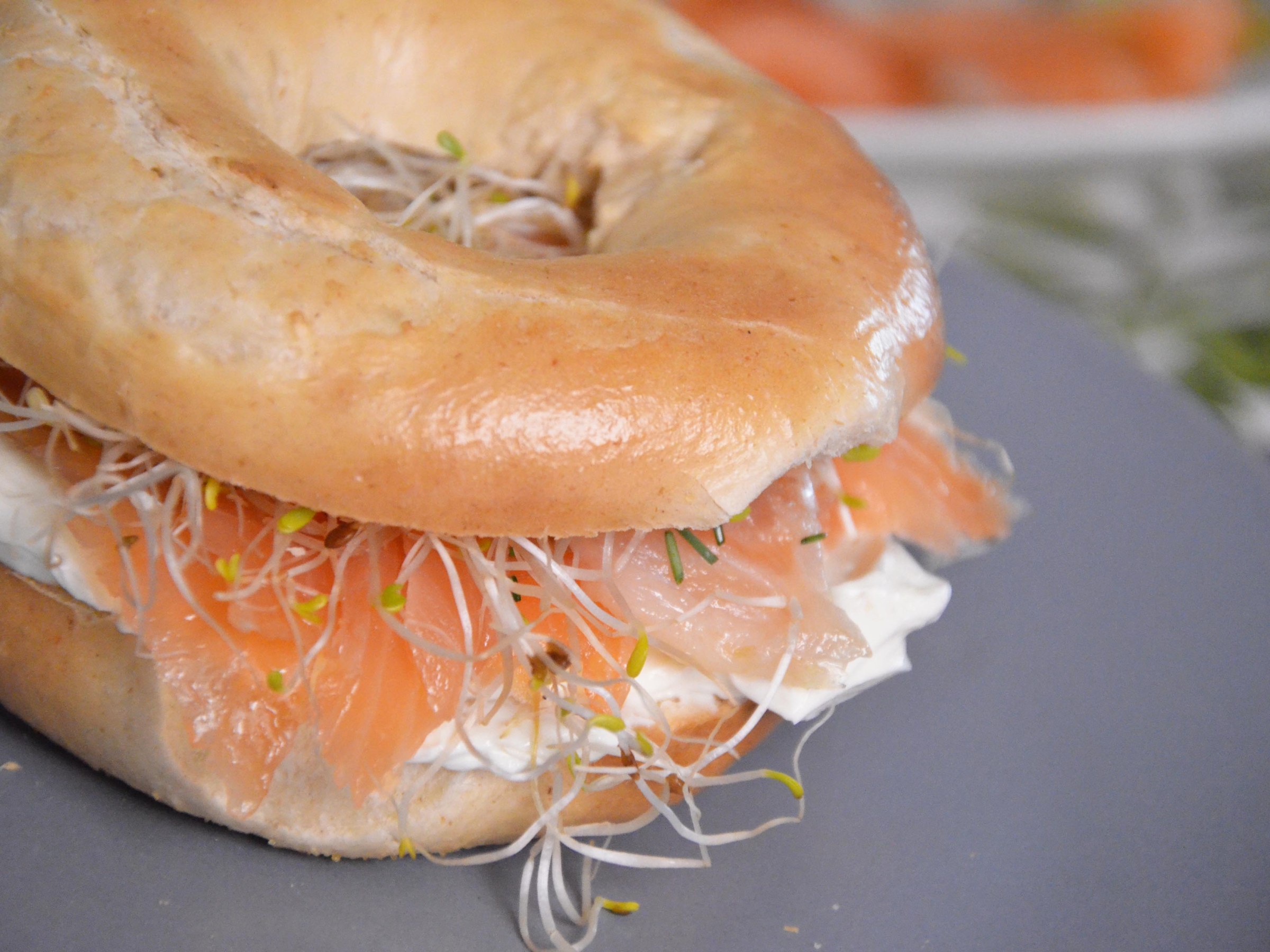 Sundays for me always need a special breakfast, or brunch, or lunch or, at the very least, dinner. It’s just ingrained in my brain. So last Sunday, Boyfriend bought bagels and we treated ourselves well. Quite well!

I believe that in cooking, every ingredient has to be taken care of as if it were as important as all the others. Which is true, in the end. And if you see that all the ingredients alone are amazing, the final dish will be spectacular.

That’s why I don’t throw cream cheese on my bagel, slap some salmon on it, squeeze lemon juice over it and then chow down. Nope.

This is how I eat bagels.

The cream cheese has to be prepared beforehand. It’s mixed with olive oil, pink salt from the Himalayas (not that it makes any difference – normal salt will be fine), a sprinkle of pepper and the zest of a lime.

I like my bagels with alfalfa sprouts. Have you ever tasted them? I was looking for watercress sprouts but didn’t find them, and settled for alfalfa that turned out to be quite the substitute! Tasty and earthy but crisp and fresh, they went really well with the strong flavour of the salmon.

The salmon isn’t just any salmon: it’s high quality Scottish salmon. Like a watermark on a photo, every time I think of salmon I can hear my neuroendocrinology teacher saying never eat salmon, but if you have to, at least eat the Scottish one that will take more time to kill you. More on the trials of eating salmon soon on this blog.

The bagels, unfortunately for us, were neither homemade nor fresh. Toasted and warm from the oven, however, they were perfectly decent and played their part well.

Here’s the bagel, nearly ready to be eaten. The choice between dill or chives as a topping was a difficult one, and as you can see here I opted for chives – the only thing that swayed me was that the chives were fresh from our balcony and the dill was store-bought and dried. But had they both been fresh, I might have had to split the bagel in two equal halves. I’m very bad at taking decisions!

Et voila! Doesn’t this look yummy? And it was! Do me a favour – if you’re somewhere in which bagels can be found freshly made, eat one for me. Please.