Is there another word for magnificent? Because this was it. Grand. Awesome (in the real sense of the word)! 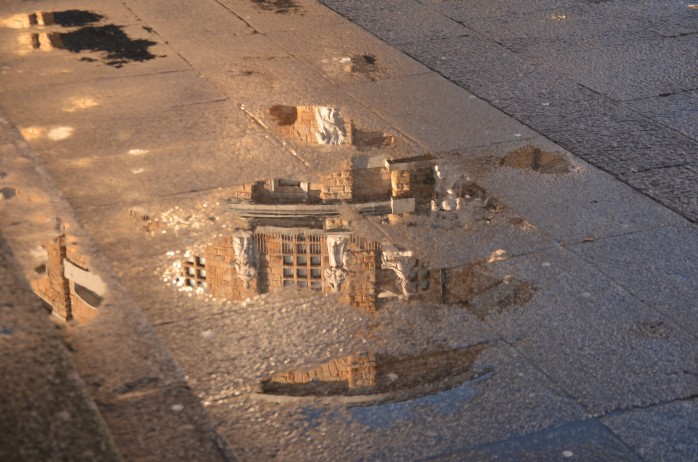 The tower is somewhere between 177m (English and Italian wikipedia), 130m (Spanish wikipedia) and 137m high (Asturian wikipedia). It was inspired by the bell tower in the Cathedral of Seville (la Giralda).

Hand prints take you to the little red fountain in which you can wash your hands or drink.

Each half circle around the large, elliptical church under the tower has a mosaic and, in the dome part, the constellations.

It’s the largest elliptical church in the world (807m2!) but there’s a hitch: it’s never been blessed and so doesn’t really count as a church.

This, also, is not on any guide that we read. Boyfriend found it on the 50 things to do in Gijon which we found to be very useful! We didn’t go up the tower though, because in winter it’s only open at specific times and….the time we were there was not the time it was open.

It was really great though, and highly recommended!