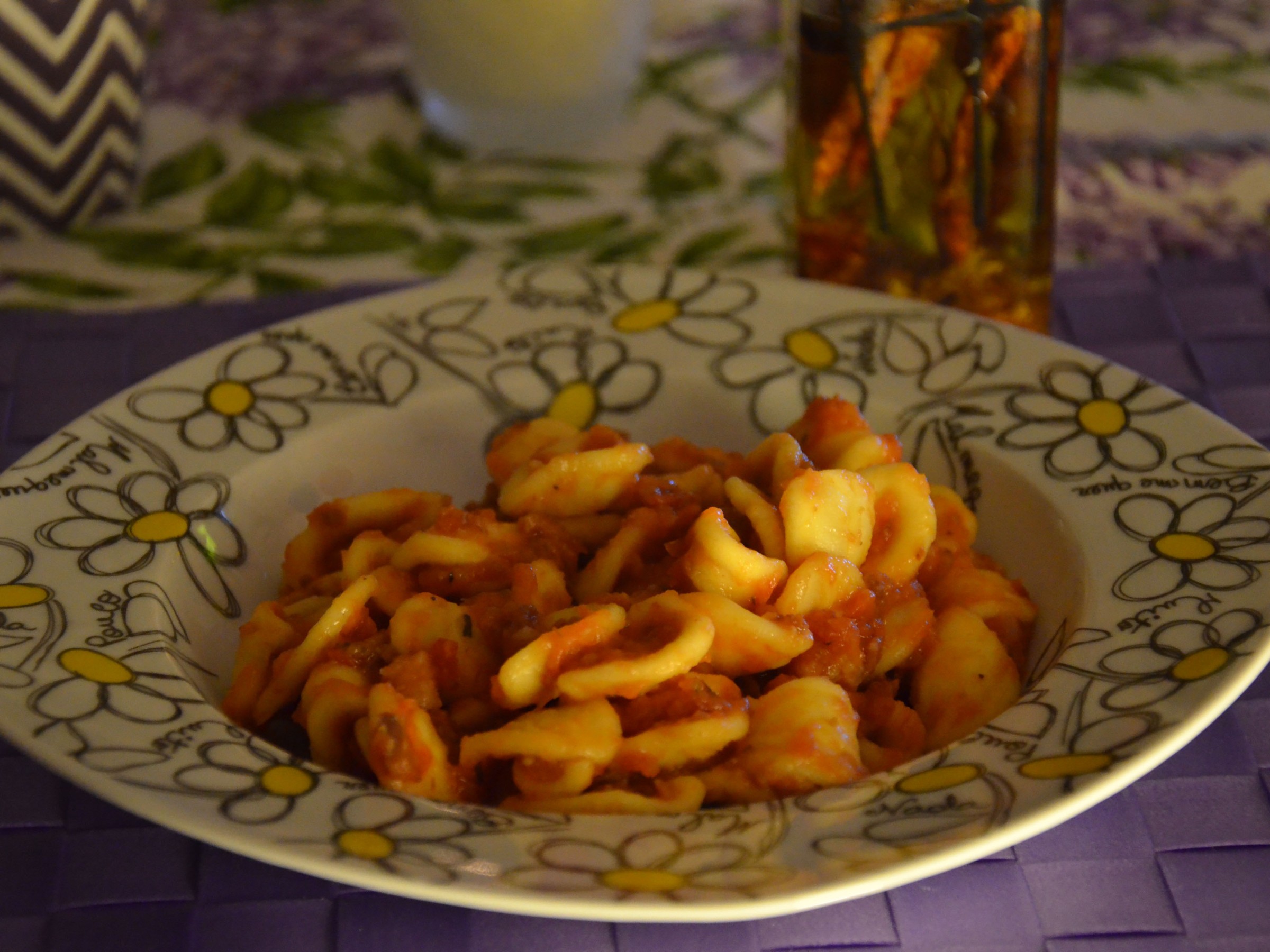 By now, you’ll probably have noticed how much I like using leftovers in my recipes. The first and most important reason is that I hate waste. The second and equally important one is that they’re still good food!

Today we’re going to use leftover cold cuts to make an amazingly tasty pasta sauce. The more different kinds you use, the more interesting layers of flavour you’ll create.

Sometimes, when you go to the supermarket, you will find little packages of the bottoms of cold cuts like prosciutto and bacon and speck and salamis. These cannot be sold sliced, but are still (as I said) good food. So supermarkets sell them at a discount. If you don’t find these, however, you can use those last little pieces of bacon, or the two slices of ham no one ate the other evening, or a chunk of salami that’s starting to become hard.

This is what I used: 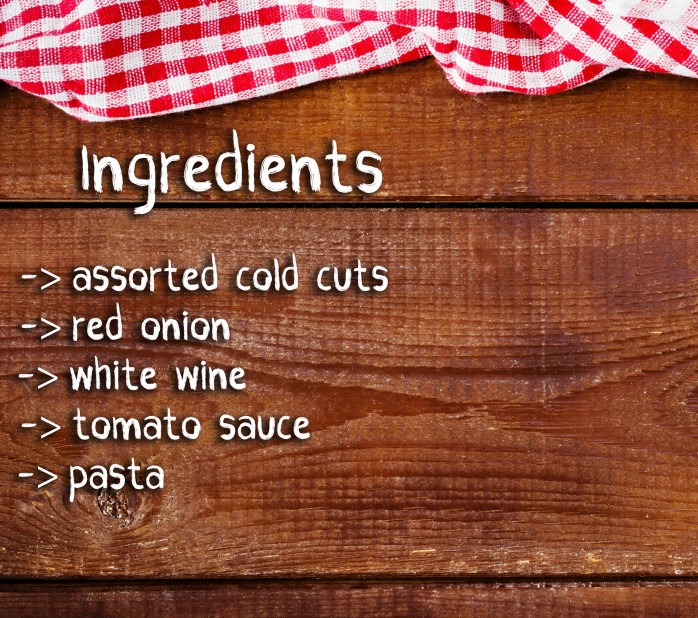 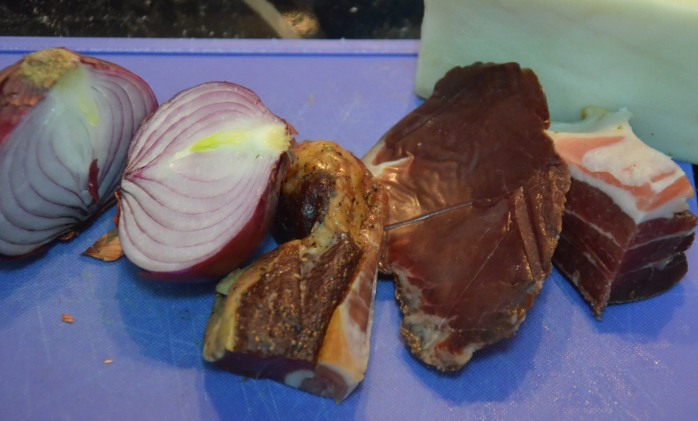 My cold cuts were bresaola, speck and pancetta. I also used a little bit of tocino that I had at home – basically, tocino is pork fat, cured like jamon. It’s a spanish thing, and it’s really great instead of oil or butter. Much fatter and unhealthier, but…..you can’t have everything!

The next part is easy. Grab your cold cuts and your onion, coarsely chop them into chunks and drop them in the food processor. Then, blitz them a few times until they become a gloopy paste. 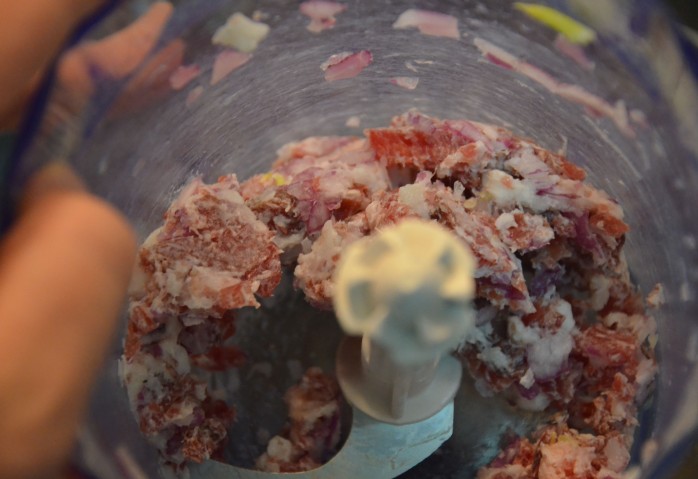 On a non-stick pan, start heating your cold cut paste 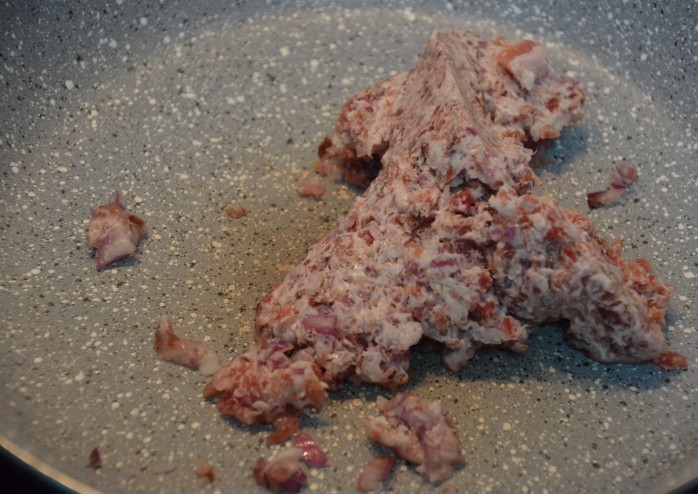 Let it sizzle for a few minutes, until it starts to change colour… 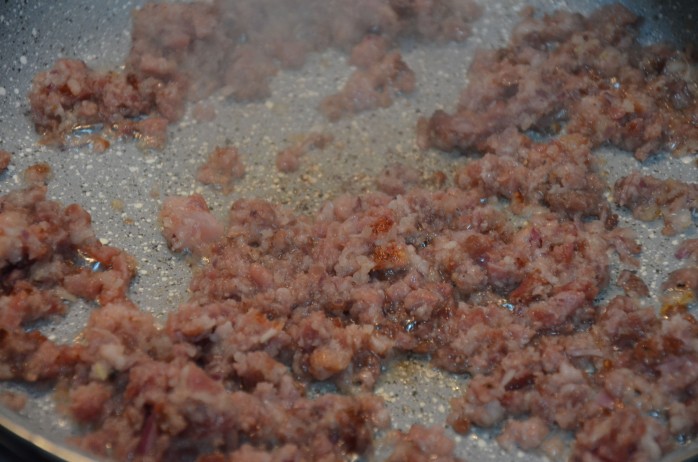 Then add half a glass of white wine 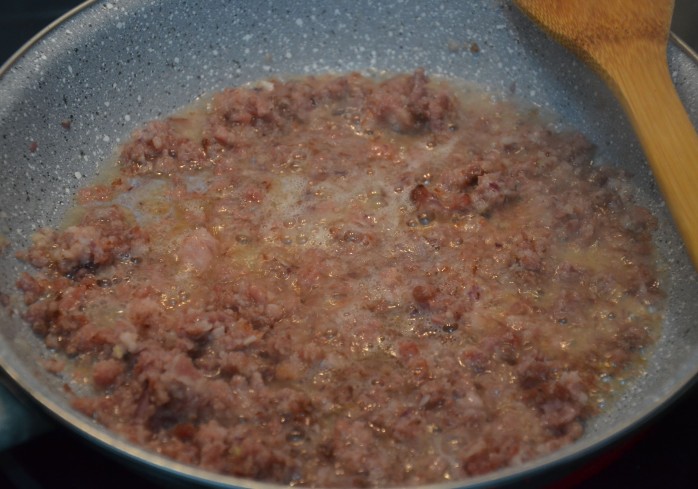 When all the wine has evaporated, drop in the tomato sauce 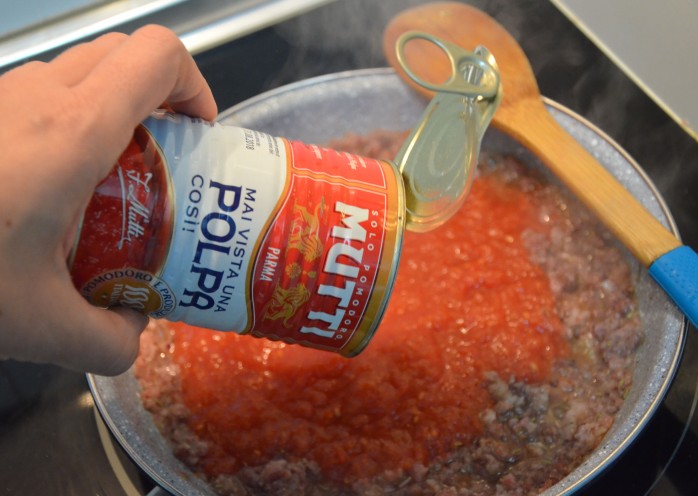 Let the sauce cook for about 30 mins. If it starts to dry, add some water (but not too much!). Taste for salt (the saltiness will depend on what cold cuts you used). Add black pepper if you want.

And that’s it! Now add your pasta and sautée for a minute 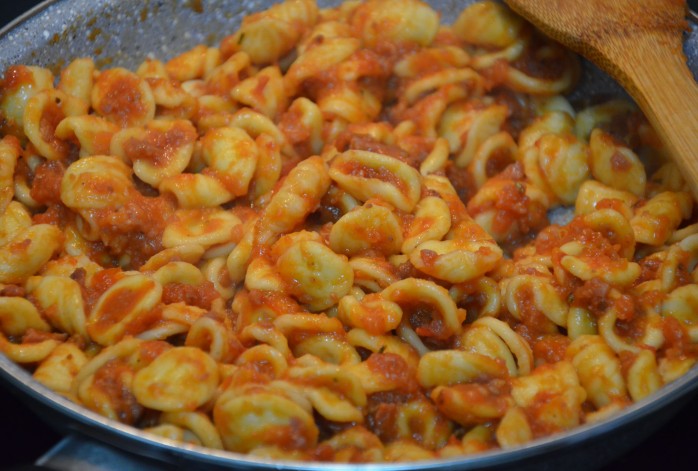 We used orecchiette because they’re the best with strong, meaty sauces. Tagliatelle would have been fine, too. 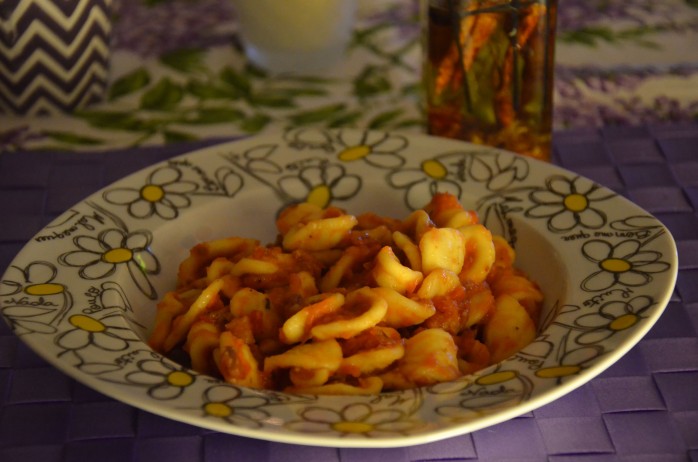 ← I am just SO excited….
Tangiers Doors →