Our sofa is under a window. It’s very peaceful – not only can I look outside and see the garden but there’s a flowering plant that’s climbing up the grates. The other day as I glanced at the garden I saw something move. And it was close. Very close. On the window. On the inside of the window!

So I leapt up and, using a large glass and a postcard, took it outside (where it belonged).

But first……..I had to take some photos!

I tried taking them through the glass and although the effect was quite interesting, I wanted a photo of the hopper in all its splendour. 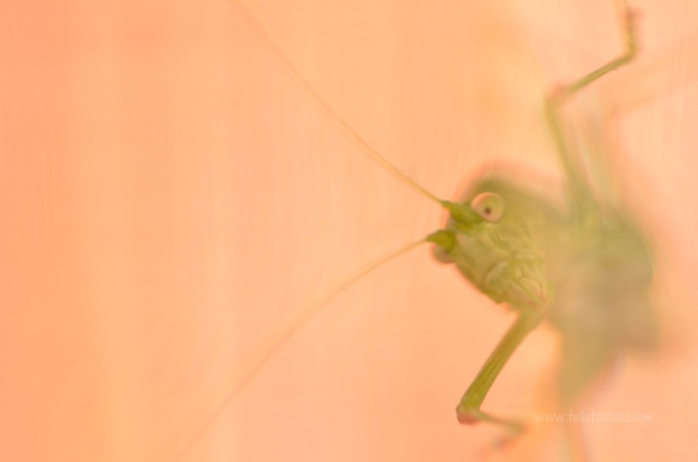 So I put the glass on its side and had about five split seconds to take this shot, my favourite, before the insect opened its wings and flew off into the scorching hot summer (yep, it’s still hot in Madrid!). 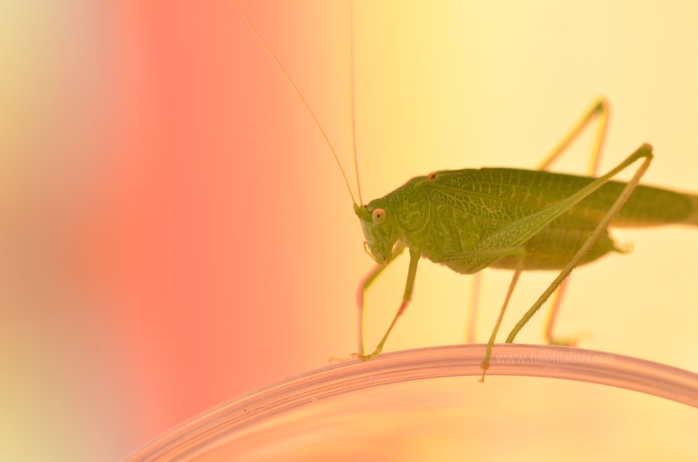