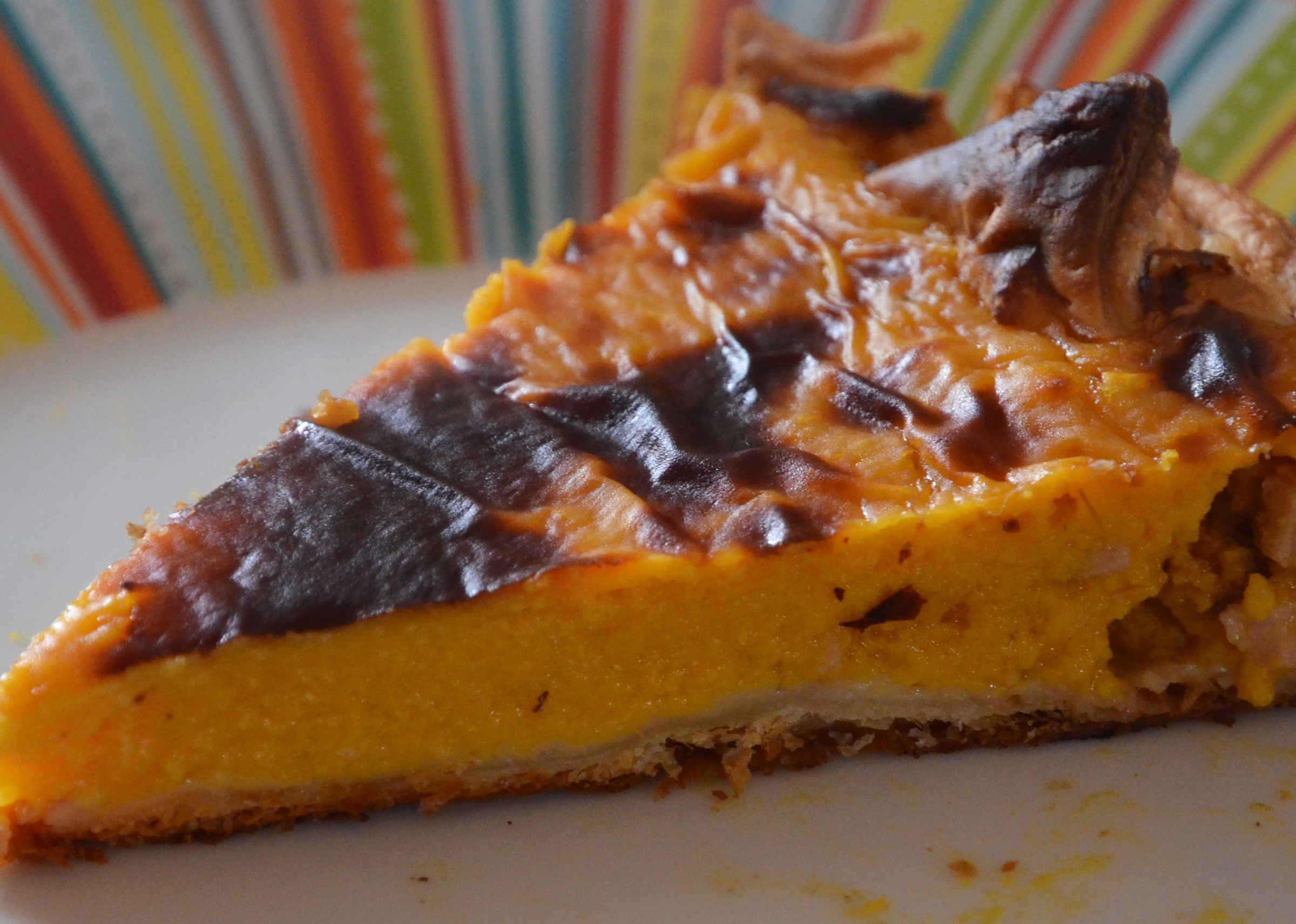 Autumn for me is apples, pumpkin (or butternut squash, whatever), cinnamon, tea, and using the oven after months of heat. As you probably know if you follow me on Instagram , it’s autumn in Madrid. The mushrooms are out, the roses have hops, the leaves are turning.

And so yesterday I decided that it was also high time to make something with pumpkin and using the oven. Pumpkin pie – it’s too soon. That’s more thanksgivingy. But a pumpkin quiche? That, we could try.

The first thing to do is make your puff pastry. If you make it yourself. But if you buy it, like I do, then you can start with the pumpkin. I’m going to say “pumpkin” here, even though it could be a butternut squash or any other squash. Just bear with me.

So, chop up you pumpkin and toss with oil, salt, pepper and, if you have it (or if it’s not pouring and you can be bothered going out to the garden to get it), rosemary. 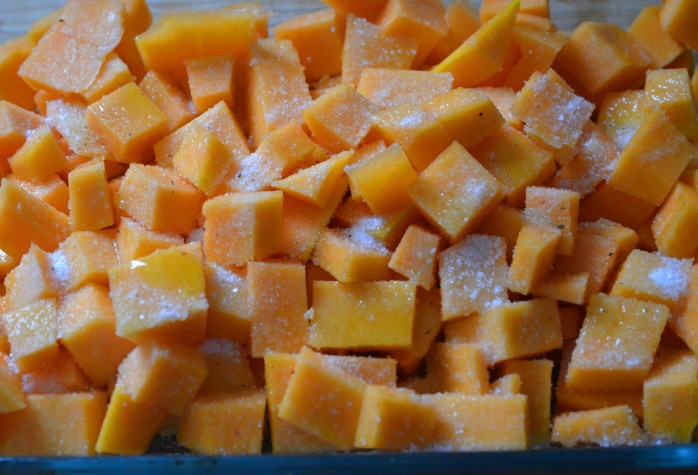 Put it in the oven at 180^C, covered with aluminium foil.

Now chop up the bacon and cook it… 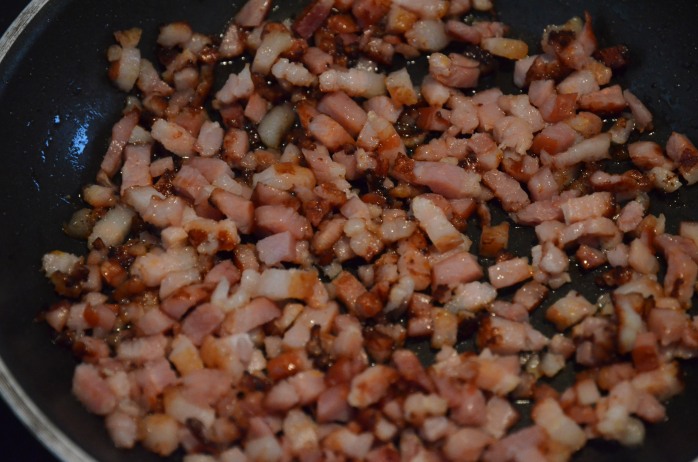 While all this is happening, cut a slice of parmesan.

Now eat it. You have the time.

When the pumpkin is completely cooked

add some nutmeg and cinnamon and blend it

and then blend some more! Taste for seasoning and adjust. 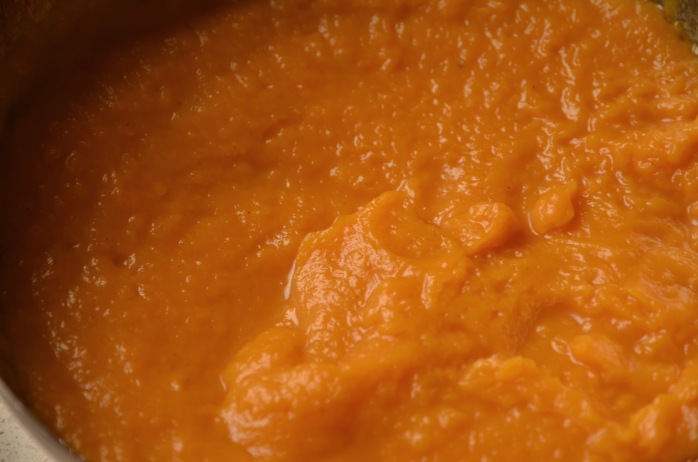 Spread the bacon on the bottom of the puff pastry 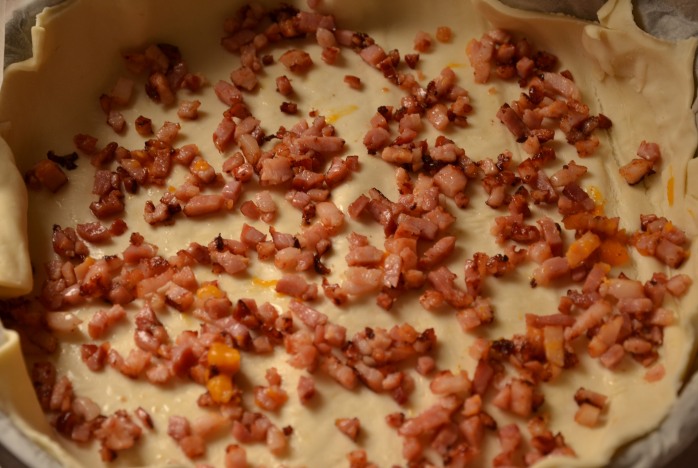 and pour the pumpkin mix on top

forty minutes later, the quiche should be ready.

A word of caution – let it cool before you slice it. Or else it might look like this: 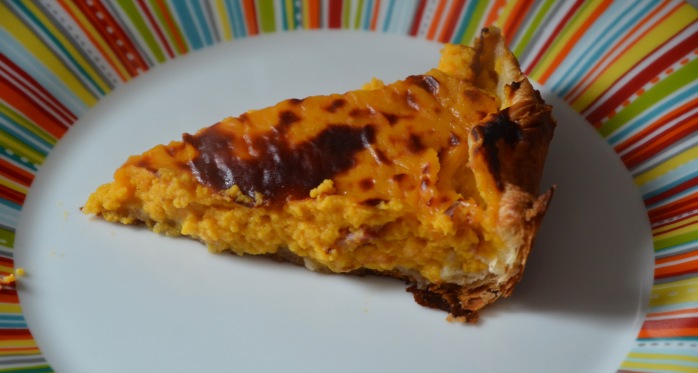