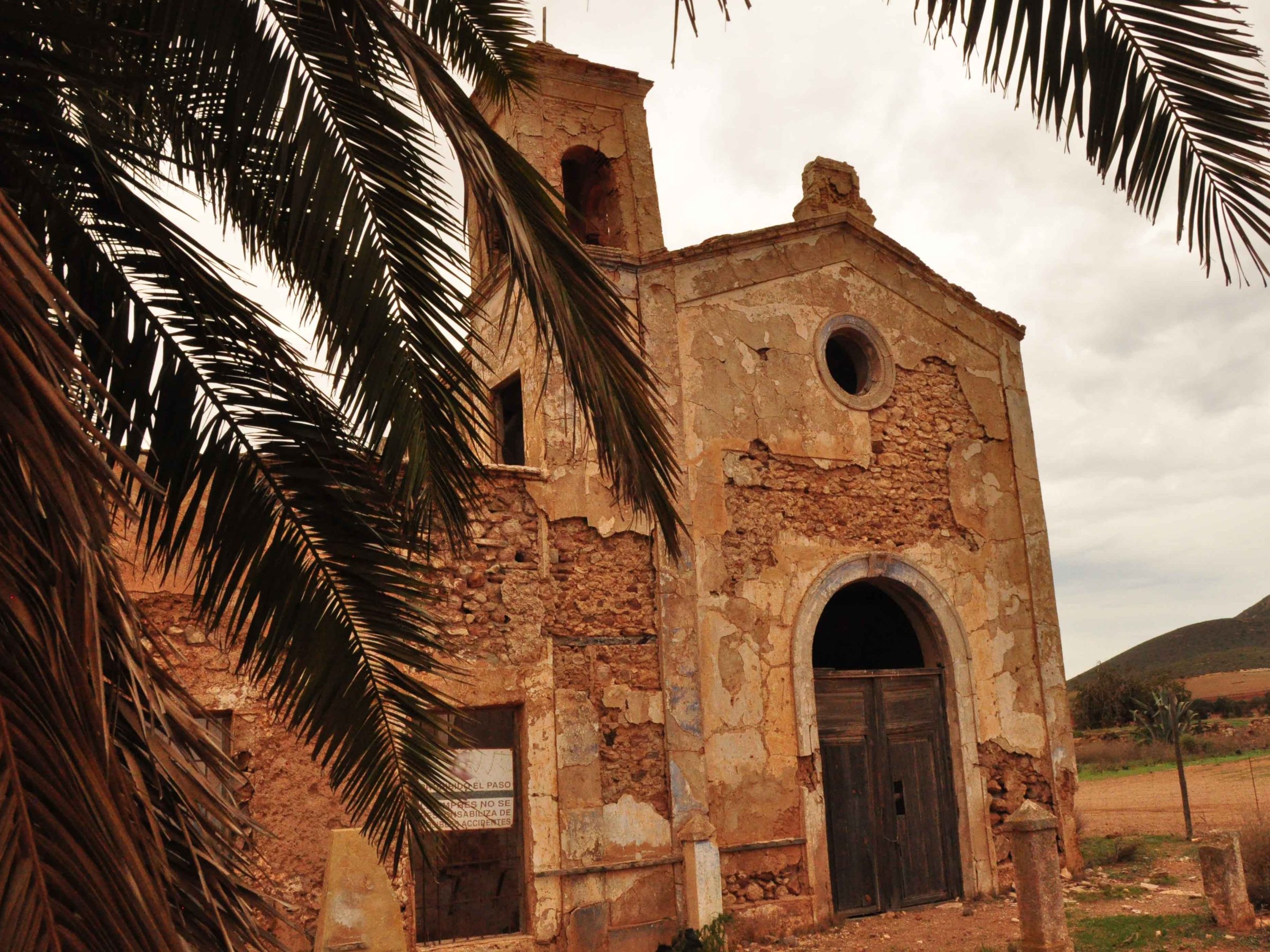 El Cortijo del Fraile. You can find this farmhouse in the middle of nowhere in the Nijar region of Almeria, after many kilometers of deserted farmland. Monks built the original structure in the 18th century, hence it’s name (fraile is Spanish for monk, cortijo is farmhouse), but in 1836 it was taken by the government and sold off. It’s also known as the “Cortijo del hornillo” because of its large bread oven (hornillo), placed very dominantly in the front courtyard. This farmhouse is famous because of what happened here on the 22 of July, 1928. The following story is a free interpretation of the facts, taken from this website. The same facts that inspired Federico Garcia Lorca for his play called Bodas de Sangre – Blood Weddings.

It’s a warm summer night. At five in the morning the guests stand fanning themselves in the twilight, waiting for Francisca, the bride. It is how it should be: tradition says that summer weddings are to be held at dawn, mainly because of the heat during the day. The smell of fritters being deep fried fills the air with a sickly sweet smell that only makes the ladies fan harder. Chickpeas are being roasted over an open fire under the eucalyptus trees. The lambs, generously offered by Francisca’s family, have already been slaughtered and are marinating under layers of rosemary and garlic, among other ingredients, on large marble slabs in the farmhouse kitchen. Their skins hang motionless on the drying rack in the back garden; a young boy has been told to sit there and chase the flies away but he is nowhere to be found.

One woman starts talking, somewhat breaking the tension caused by the bride’s tardiness. She tells her friend proudly how she personally assisted Francisca’s seamstress in making the wedding dress. A short black dress, that she describes in detail even though there is no need to – it’s the same as the hundreds of wedding dresses that she and her friend Marta have seen. In over 40 years of living in Nijar, there have been many, many weddings. The seamstress, a young unmarried Spanish girl born in Morocco, leans against the cool white walls of the bread oven. She’s only here because the father of the bride insisted, and would rather be elsewhere. She hopes she’ll at least catch a glimpse of Paco, Francisca’s cousin. Now he is good looking, she thinks. A bit on the mature side, but definitely good-looking.

Casimiro is standing near the little chapel where the wedding will take place. He’s not very tall but he’s strong and well-built. He brings nothing to the family except his word – he has promised to marry Francisca and stay on to help improve the farmhouse economy. Hopefully they’ll start raising cows next year. Casimiro has already shown how well he can work and his word is as good as a signed document – he’s known to be noble and kind and is loved by all. Casimiro comes from a poor, broken family that has been friends with Francisca’s family for decades and this union will bring nothing but good. He shuffles his shoes and speaks to no one: shy and with an unwavering faith, he’s sure Francisca will arrive soon. His hair is cut short and he is clean-shaven, which somehow accentuates his heavy jaw and close-set eyes, thinks Pili as she watches him from the scullery window. 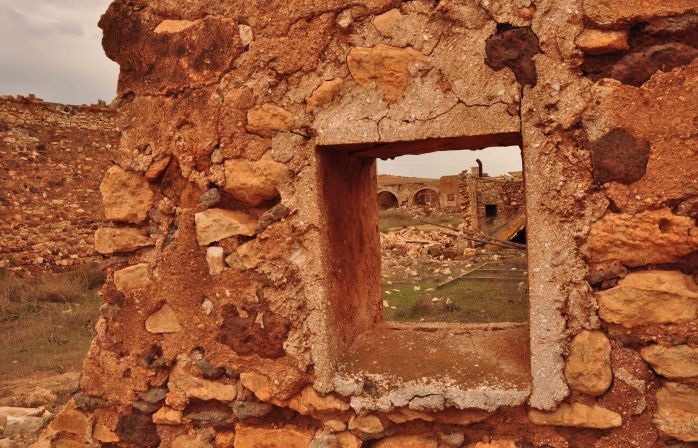 Pili is worried. She is young but not stupid, and maybe her very age makes her more aware of what’s going on. Her doubts and worries have been so strong that she was banned from the kitchen two days ago. She’s now folding the tablecloths, the only job her mother thought she could handle after all the disasters she made during the last week. Picking the wrong flowers for the bridal bedroom was bad enough, but when she spilt the milk all over the drying chickpeas that was it. She saw Francisca yesterday, walking back from who knows where when the rest of the family and most of the help were fitfully trying to sleep the hottest hours of the day away. Who knows where. Pili has an idea of where she might have been, and she also thinks she knows who Francisca was with.

Francisca’s father, recently widowed, is oblivious to everything. It’s normal for the bride to be late, he reassures his other daughters, who are bunched protectively around him. Carmen, Francisca’s older sister, is wearing a scarf tied tightly around her head and she is not smiling. Paquita, as family and friends call Francisca, should not be late – no, she shouldn’t be late at all. Everything was ready when she left her at Dolores’s house. She had even pinned the flowers to her dress and draped a crown of blossoms in her hair. There was nothing left to do but to ride here and get married. She has to be here – no, she should already be here. She will be here in a moment, her father insists. She glances at one of her younger sisters and sees her rising panic reflected in Maria’s large soft eyes. She can’t have done it. She won’t have done it. She will not believe it. It is not possible. If she has done it, Carmen will kill her.

Dolores is their cousin. She knows the family and even if she has a young six-year-old daughter, Rafaela, she accepted to host the bride the night before the wedding. Dolores was happy to help and, yes, maybe even honoured, as she had never thought of herself as a part of Paquita’s life. Actually, she knew barely nothing of this marriage before she was asked, by the bride herself, to be the one who prepared her for this special day. Of course she was aware of the gossip that swirled around town, of course, but she knew those mean little voices couldn’t be true. And there! see? everyone had been proven wrong in the end. None of that stupid nonsense about Paquita and Paco was true. Paco is old and a cousin, no less! And, she thinks, a bit odd too – why has no one ever seen him with a girlfriend? Could he be… no. Dolores won’t even think about that. Francisca is marrying that dear boy Casimiro, who’s as young and healthy as all new husbands should be. And that, she concludes, is the only important thing today. 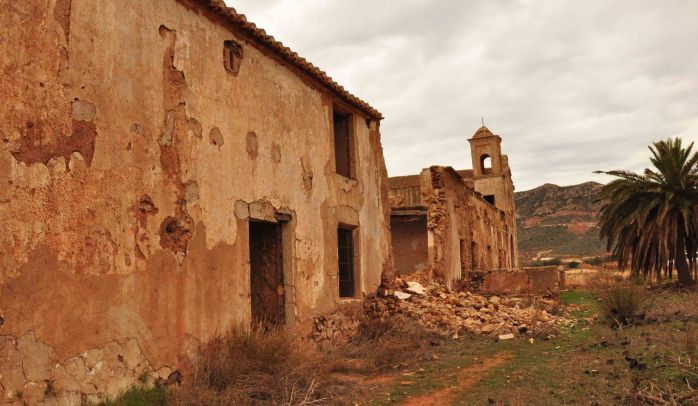 Consuelo is sitting on the wall to which all of the guests’ mules are tethered. She is Paquita and Carmen’s sister and, unlike every other sibling, is surprisingly pleasing on the eyes. Consuelo knows this and wears her scarf loosely draped over her long flowing hair. She is playing a game with the young stable boy, whose strong legs she simply cannot think of without blushing. The game is simple: she looks at him, he looks at her, she looks away and smiles towards no one in particular. Consuelo is having quite a good time. They talked briefly a few hours before, when she noticed that her favourite mule was missing. The mule had been given to her by her father, because it was born with a perfect diamond on its muzzle – a beautiful and unique feature worthy of the family’s princess, her father had said. But Diamante, as she had unoriginally called him, grew to be one of the calmest and most handsome mules of the farm; he had been bought a few months ago for a similarly handsome sum by a similarly handsome Paco, her cousin. Her father’s sister’s son. Paco had then spent days training him to hunt hares; to be calm and steady around shotguns and dogs. Consuelo isn’t too worried about his absence – Paco is family and very responsible. He’s probably doing some business in the nearby villages and would arrive soon with her beloved Diamante. Or maybe he overslept. 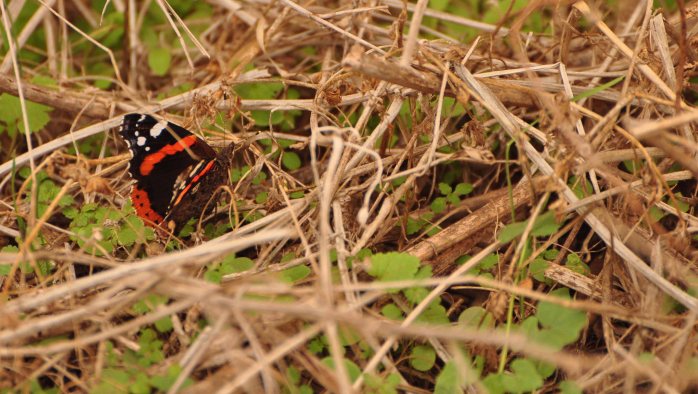 Carmen’s worry is turning into anger. More than anger – a fierce, piercing rage that makes her want to scream and howl and rip her scarf to shreds. Still she stands, motionless while inside she is rupturing. It was her idea, this stupid wedding. Her and Jose’s, her husband. Her husband and Casimiro’s brother. Her sister and Casimiro’s future wife. Two brothers for two sisters, her father joked; if there had been more brothers in Jose and Casimiro’s family her father probably would have been all the happier. Sending his daughters off but keeping them close and collected, like he preferred. All gathered together like chicks under a rooster’s loving wings. Maybe it was Jose who first mentioned it: wouldn’t it be great, he had said, if we could all live together? Like this it would be the four of them, keeping stronghold on the farm as the little sisters left, married off to other families. 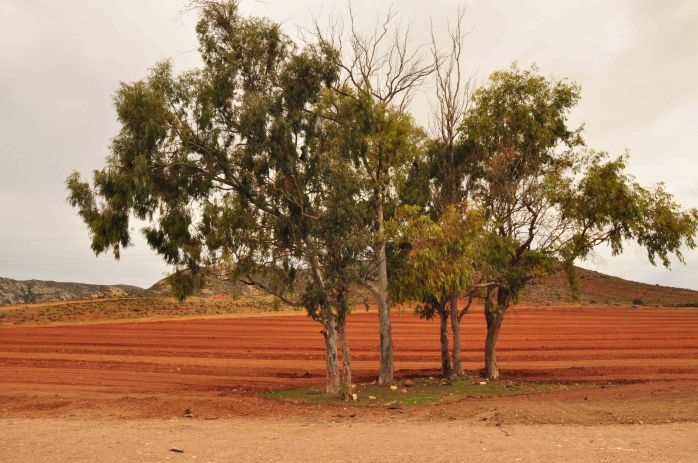 Jose, Carmen’s husband and Casimiro’s brother, is similarly fuming. He is rigid in his solidarity towards his brother and cannot think of what that idiotic girl could be doing. Always taking her time. Always speaking her mind. Doesn’t even wear a scarf most of the time. A disgrace. Skinny and not too bright, it isn’t as if she’s the family beauty. Consuelo is beautiful, but Francisca? Not a chance. She should be happy to have been accepted by Jose’s family – at least someone is taking her and will keep her out of trouble! Yes trouble. That’s what she is. He’s always thought as much. Shouldn’t have proposed this idiotic plan. He should have kept his mouth shut. His son looks up with sudden pain in his eyes as his fingers wriggle out of his father’s clutch. He’s been squeezing his hand so hard he can see the red marks on those tiny little fingers. He exhales, trying to calm down, but then meets Carmen’s eyes. Somewhere in the distance, an owl cries once, twice.

An hour has passed. Francisca, Paquita, is officially declared missing. Some women start wailing. Consuelo, the little princess, cries that her sister has thrown herself down the well before fainting into the stable boy’s ready arms. The sky is turning from a dark sapphire blue to teal; the guests rush to the well, the father and groom arriving first; a boy climbs swiftly down the steep and slippery wall only to find the well empty of bodies and brides; the search continues; the guests split into groups of four and start canvassing the countryside. Without exchanging more than a few words, Carmen and Jose take their mules and start their own, private search alone, their anger towards Francisca so strong it strings their mules together as they canter up the pebbled path. Carmen holds one hand to her head, keeping the scarf in place; Jose holds his gun. 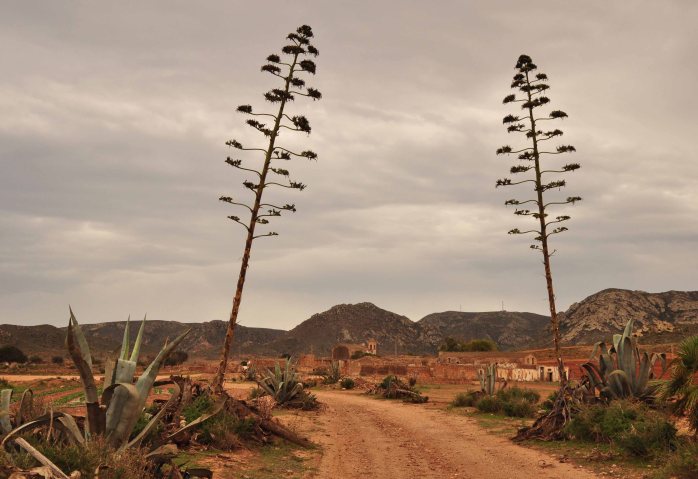 When I gave this story to some of my friends to proofread, I was amazed at how many came up with…different interpretations of the end. Some thought that Paco had killed Paquita, some that Carmen and Paquita were in love with the same man, some said that Carmen shot Paco, no – she strangled him; some said she tried to kill her sister; that Jose was in love with Paco; that Paco and Paquita were the same person.  Before you check on google what really happened, why don’t you let me know (in the comments below) what you think happened in the end?