After seeing the most beautiful bench in the world, we drove down, skimming the coast, finding Porto do Barqueiro completely by chance even though two of my friends had recommended that we go.

And then, somewhere between there and the highway, we saw a horse. 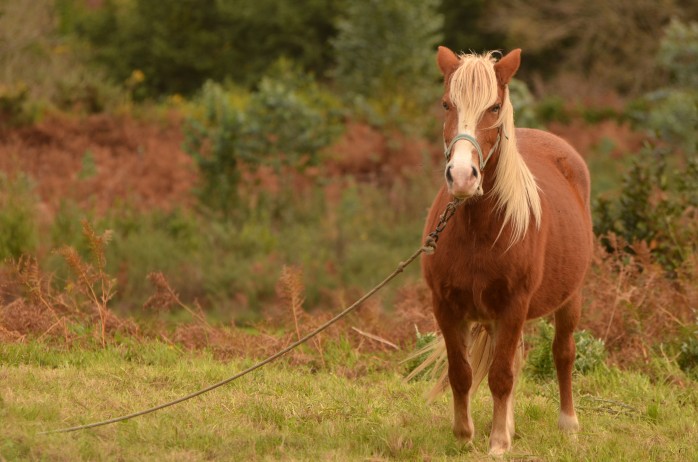 Everything was going really well. Except that I forgot something really important today.

The route was planned perfectly, but when we got to the As Catedrais beach, that was supposed to have tall rock formations eroded by the ocean blablabla… I realised what I had forgot.

It was high tide. There was nothing to see. And the next low tide was in the dark. Or tomorrow morning.

So, our moods slightly dampened, we sat and watched the majestic waves, instead. The broke and crashed, their foam pushed backwards by the wind their sisters were creating when they crashed before them.

And we decided that we’d change our plans and stay in Asturias one more day, going back to the Cathedral beach tomorrow morning and seeing Gijon and Oviedo after that. Oh well. Things happen.

To make ourselves feel better, we kept on followng advice and set off for the San Miguel restaurant in Ribadeo in which we ate for one and paid for three but ate sooo, so so well. You can see hat we ate here.

And then, since we ate so late the sun was already setting, we went to the closest interesting place: Illa Plancha. An island that sometimes you can access and sometimes not (there’s a bridge. Sometimes it’s open and sometimes it’s not) and took photos. 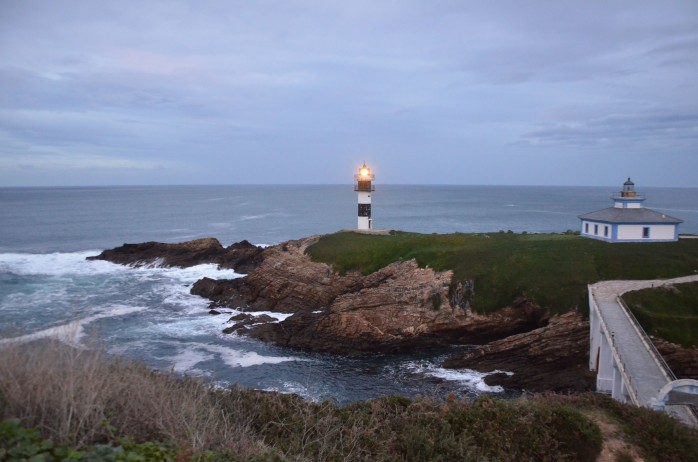 Our hotel was non-refundable, so we came all the way to Cudillero to relax a bit and will try the Cathedral beach again tomorrow. Cross your fingers that we manage to do everything!