After walking around the Old Town and visiting the market in Bilbao, we had to go see the Guggenheim museum.

Easy to find and to park around, I liked it.

It does, however, seem a little cramped in its spot between the river and the city and the bridges full of cars rushing around it. We couldn’t have told the front from the back (maybe this was planned?) and the entrance looked secondary and also a bit cramped.

Inside, it’s nothing much. Also because you can’t really visit it without paying for the ticket and anyway there are signs everywhere saying that taking photos is forbidden…Which is a shame.

I loved the spider sculpture (Boyfriend not so much) and it seems that at every hour they pump water vapour (that looks like smoke) in the little square in which the spider is. We missed it, but the photo op would have been good!

The dog in front (called Puppy but renamed Perroaki by us – it sounded like more of a Basque name) was cute but nothing special. It’s probably better when all the plants are in bloom (unlike yesterday). 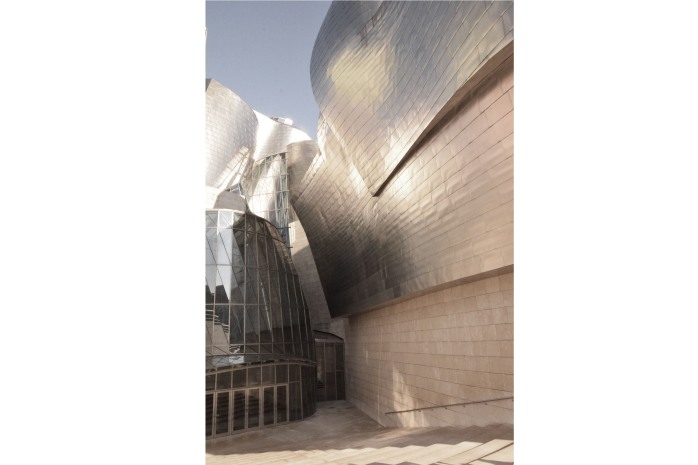 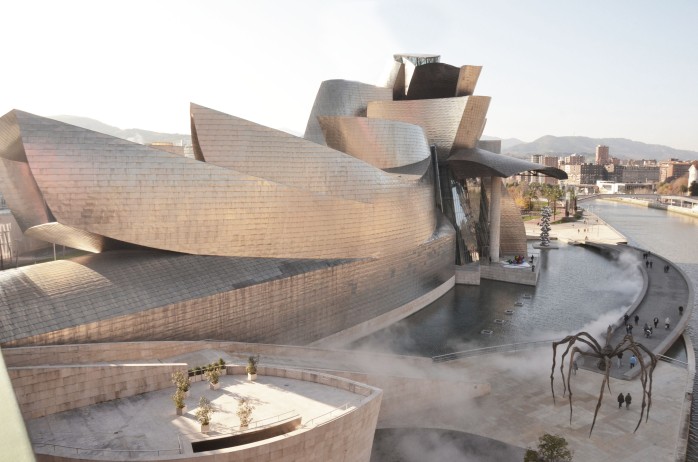 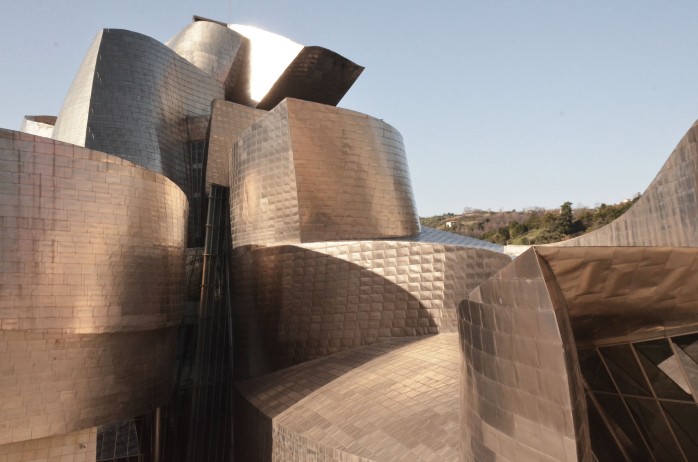 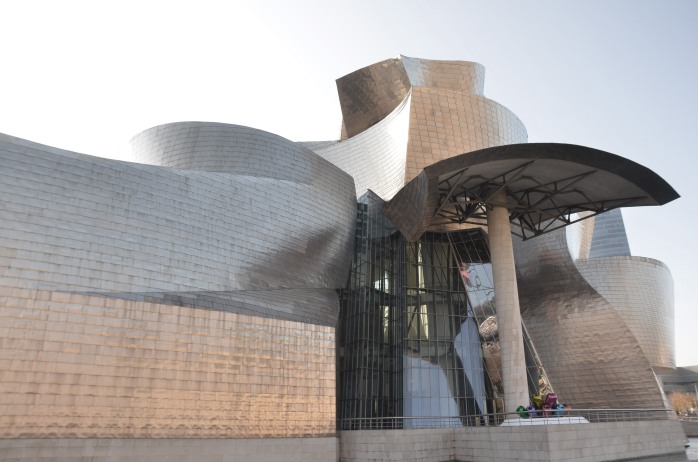 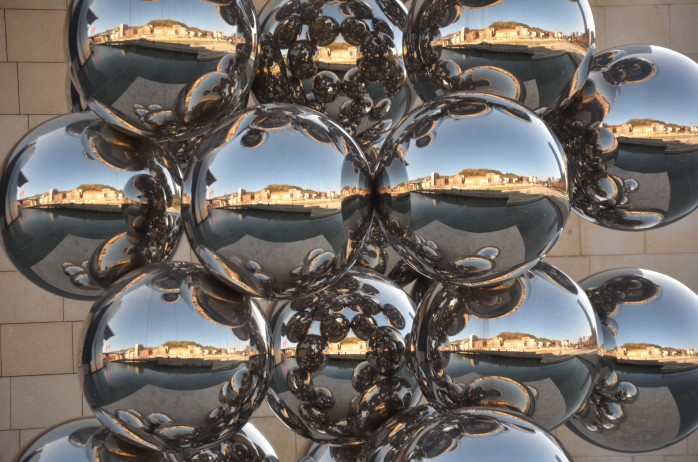 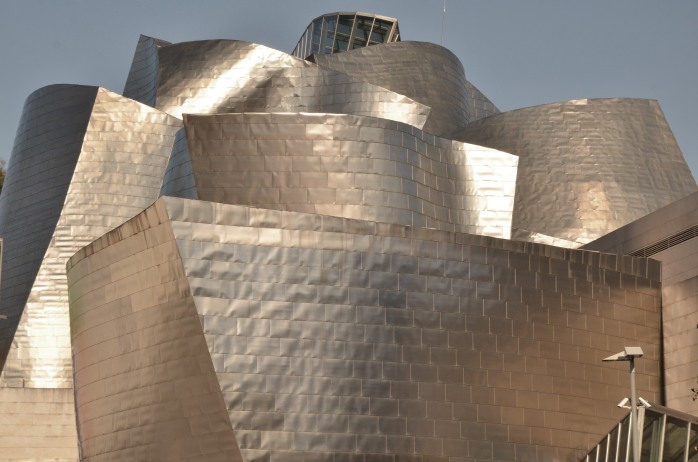 One Comment on “Rumbo al Norte – Day 9: The Guggenheim”