My favourite of them all 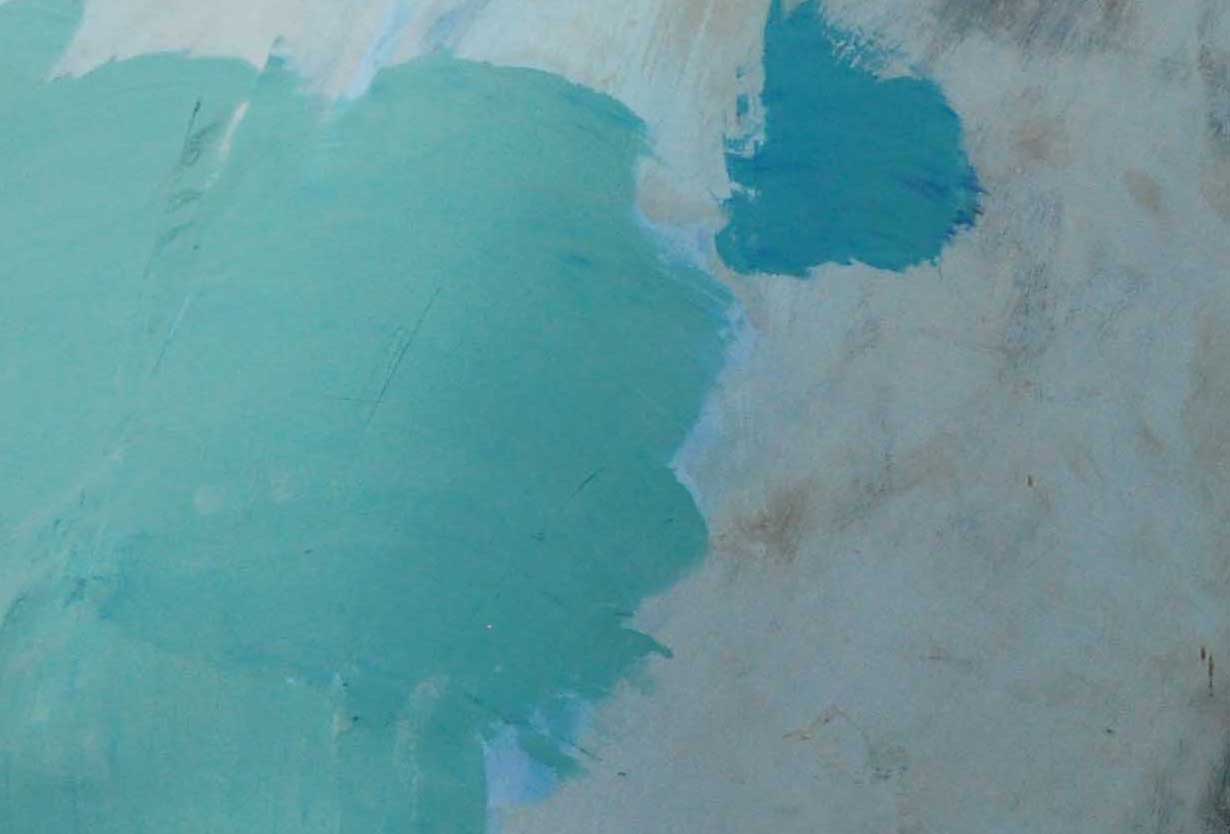 We walked from our hotel, near the old village, all the way to Plaza de la Revolucion. It was quite a walk, but we’ll see the city, I said.

And see the city we did. We walked and walked and soon tourists became fewer and fewer and then none at all. This photo was one of the last before what happened, and it still remains my favourite photo of Cuban cars. Notwithstanding what happened immediately after. 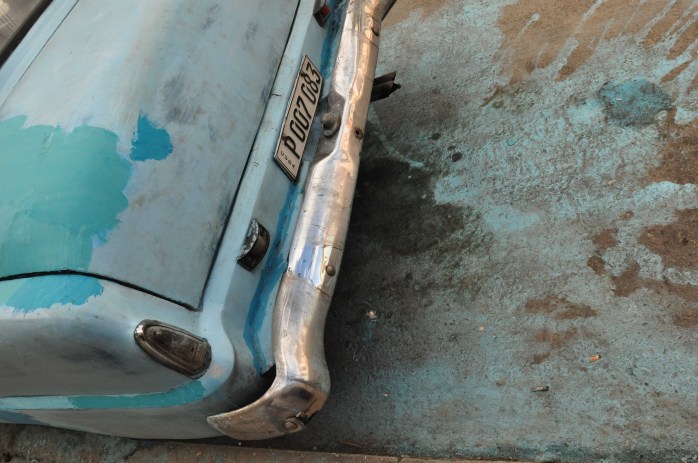 We should have acted on our ever so slight feelings of unease that trickled down our spine when I stopped to take these two photos. At first, no one was there. But then a man came out of a dark hole of a house with a bucket. It was stained with various shades of blue – the car’s owner. We made small talk, then he asked us in for a coffee. We declined. A cigar, then. We declined, my thoughts starting to frown on his insistence. The unease started growing, and he stopped smiling. A coin for the photos, then, he said. I smiled, laughed even, said thank you and walked away, holding Boyfriends hand as tightly as possible.

A few meters later, a man walked towards us. I noticed his shirt, with a huge blue tiger .

We kept on walking, down a huge avenue with large jungle-like trees obscuring the sun almost completely. We stopped to check the map – not much further. The trees opened and we could see Plaza de la Revolucion, all the way down there. Still sticky with worrying thoughts, I remember being relieved that we were about to find a touristy area again.

Then, a man walked towards us. I noticed his shirt, with a huge blue tiger, and leaned in to whisper “haven’t we just seen this man?” but I barely managed to finish the sentence.

The large, t-shirted man had both hands on Boyfriend’s neck. I watch way too many series and the only logical thought in my mind was he’s killing him. Boyfriend struggled, pulling back and trying to take the man’s hands away from him. I yelled, and screamed, and maybe hit the guy. In a fraction of seconds he was gone, and we were too shocked and confused to follow him.

An older cuban couple who had witnessed the whole scene and had apparently been screaming at the man too, came to us and tried to calm us down. We discovered that what he had wanted wasn’t to kill Boyfriend but to take his gold chain, the one his father had given him. He hadn’t managed though – he only ripped the chain but wasn’t able to yank it away from under Boyfriend’s shirt.

The elderly couple insisted on taking us to the police, so we followed them. But when we arrived to the closest police station that had obviously been closed for quite some time, we thanked them profusely and went to the Plaza. We sat, still shocked, took a couple of photos then paid for a taxi to take us back to our casa particular, a broken gold chain in my wallet, a dark purple bruise starting to spread on Boyfriend’s neck and a new awareness of our surroundings.