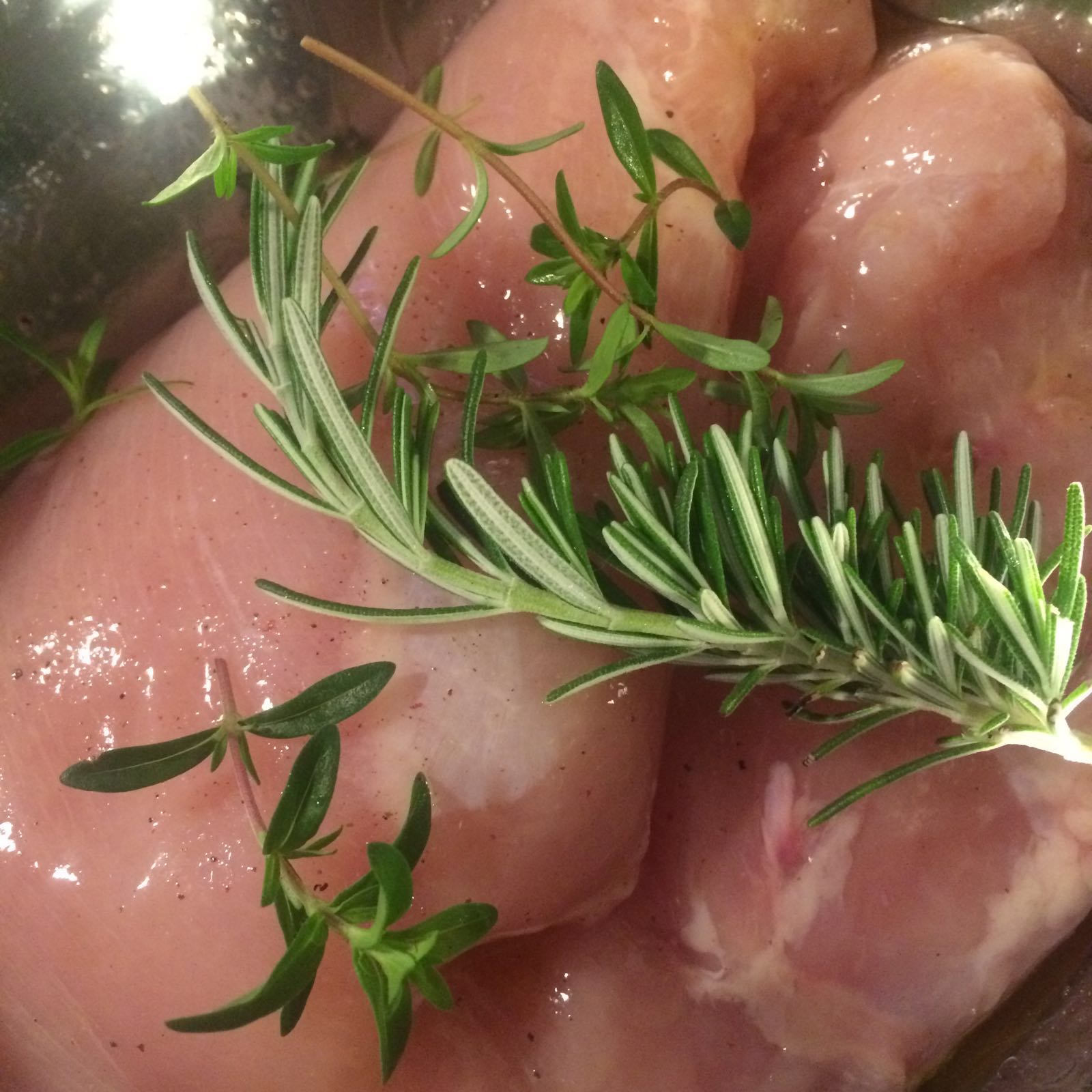 I love one-dish dishes. And chicken gets kinda boring after a while, so it’s nice to be able to serve it in different ways.

Here what I did was a layered ratatouille that then finished cooking with a lovely whole chicken breast on top. Oh, and there was bacon involved. 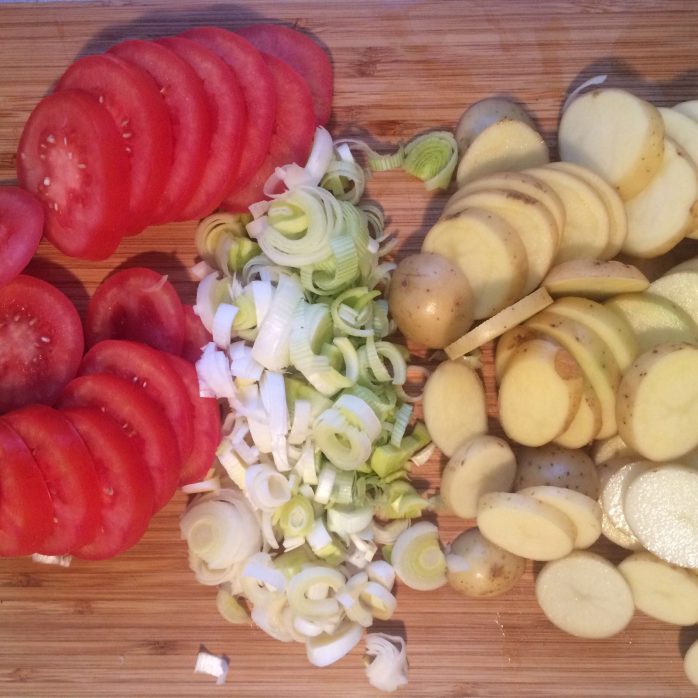 You’re not going to need much: 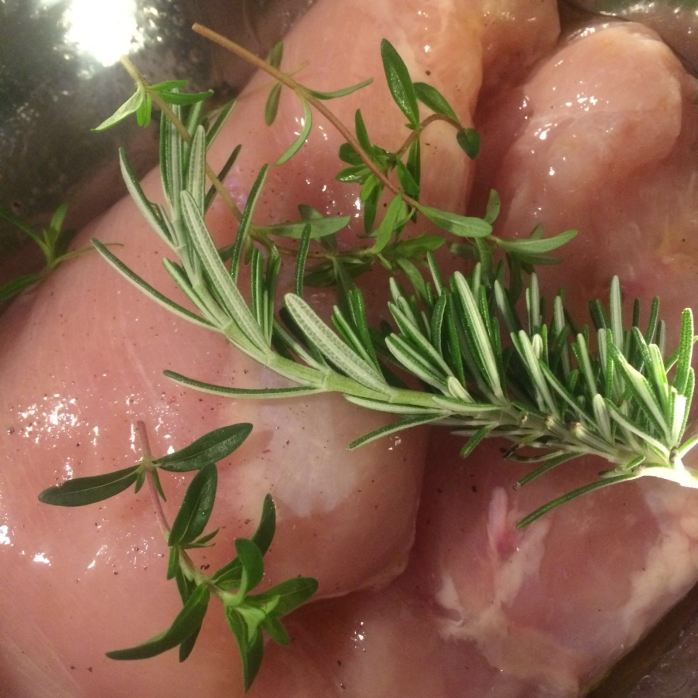 Marinate your chicken with salt, pepper, olive oil, rosemary and thyme. Leave it as long as 4 hours (in the fridge).

Get an over-safe plate, and start with a layer of sliced potatoes that you have tossed with rosemary, olive oil, salt and pepper. Cook for 15 minutes in the oven at 180C or until medium-soft – the fork goes in but with difficulty.

Now add a layer of leek and then of tomatoes. Don’t salt the leek but add a bit of salt and pepper to the tomatoes. No need to add olive oil (the water from the tomatoes will help with the cooking). Sprinkle the tomatoes with thyme. Cook for another 10-15mins.

In the meanwhile, sear your chicken in a non-stick pan. Remember that the chicken already ahs some olive oil from the marinade, so don’t put any more unless really necessary. 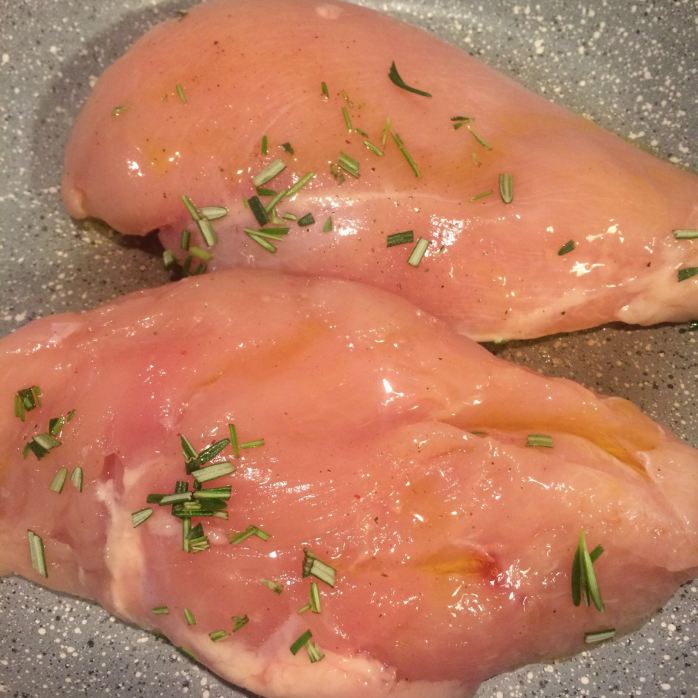 When they start to brown, I add some white wine and when it has evaporated, some butter. Butter helps everything. 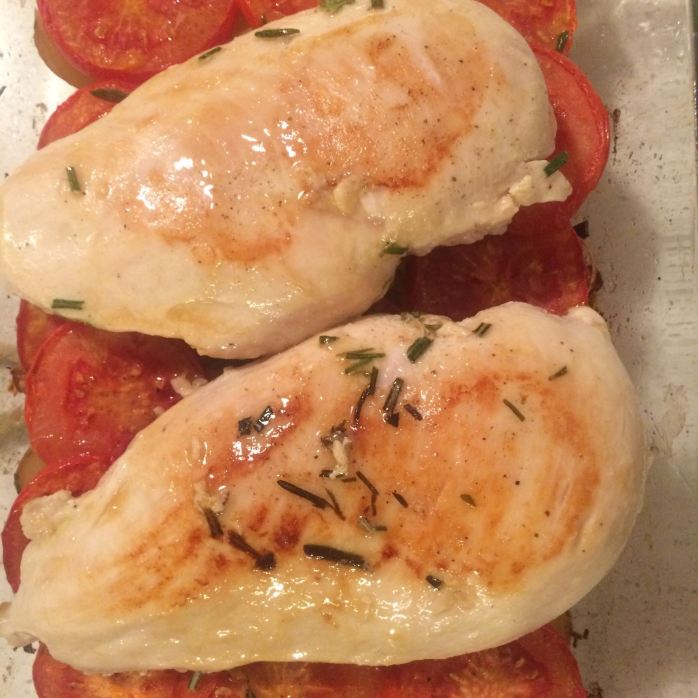 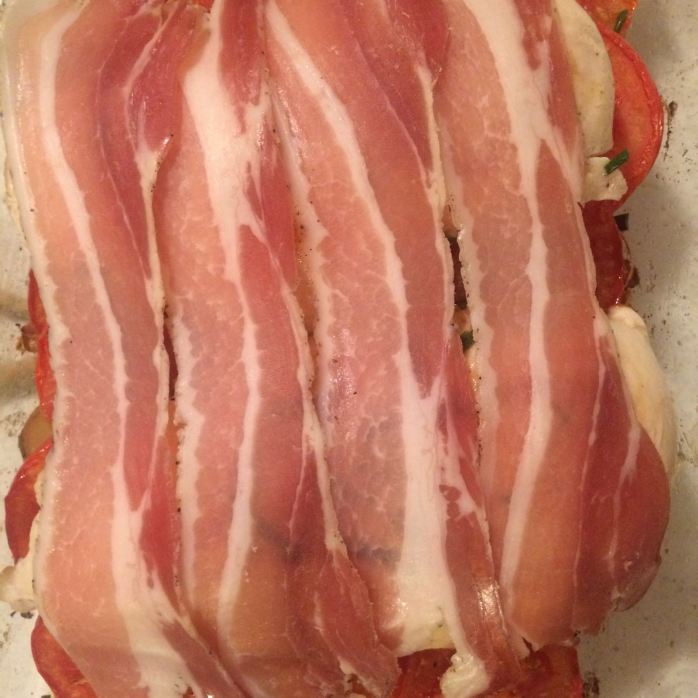 …bacon strips. Yep. To seal in the moisture, Gordon would say. 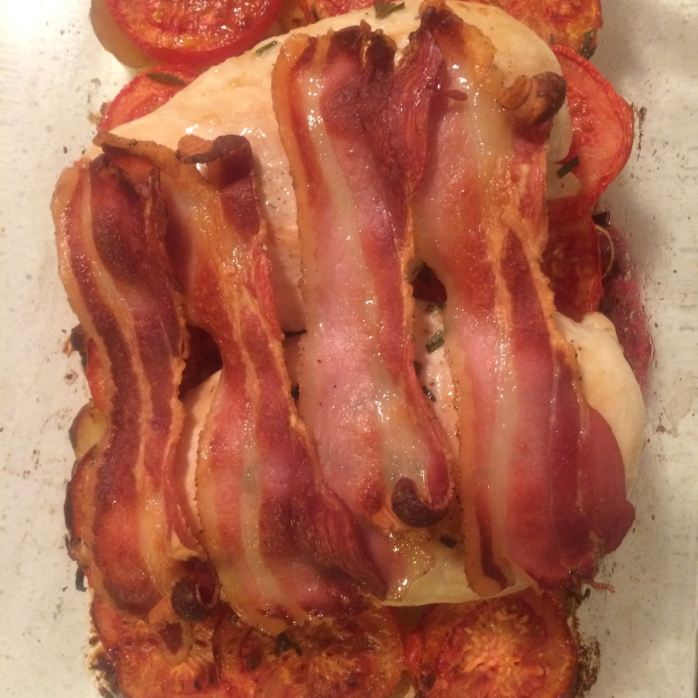 Serve it with flourish. 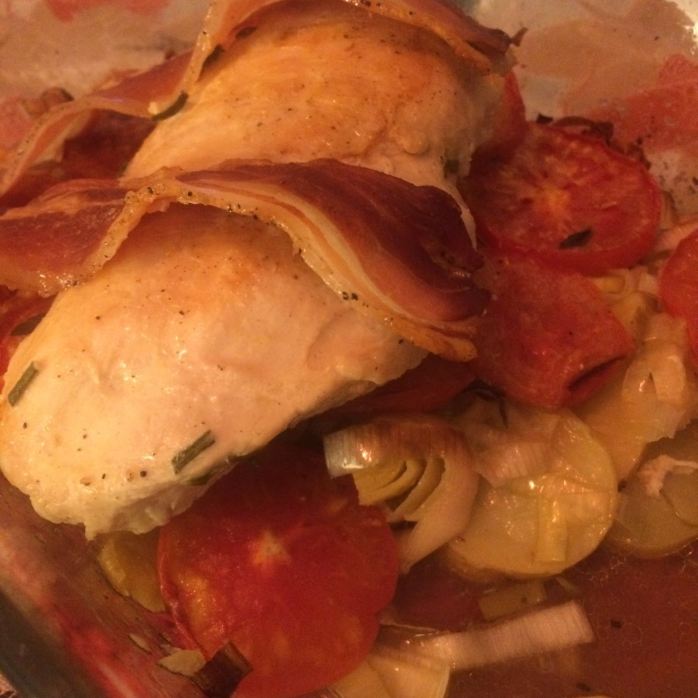 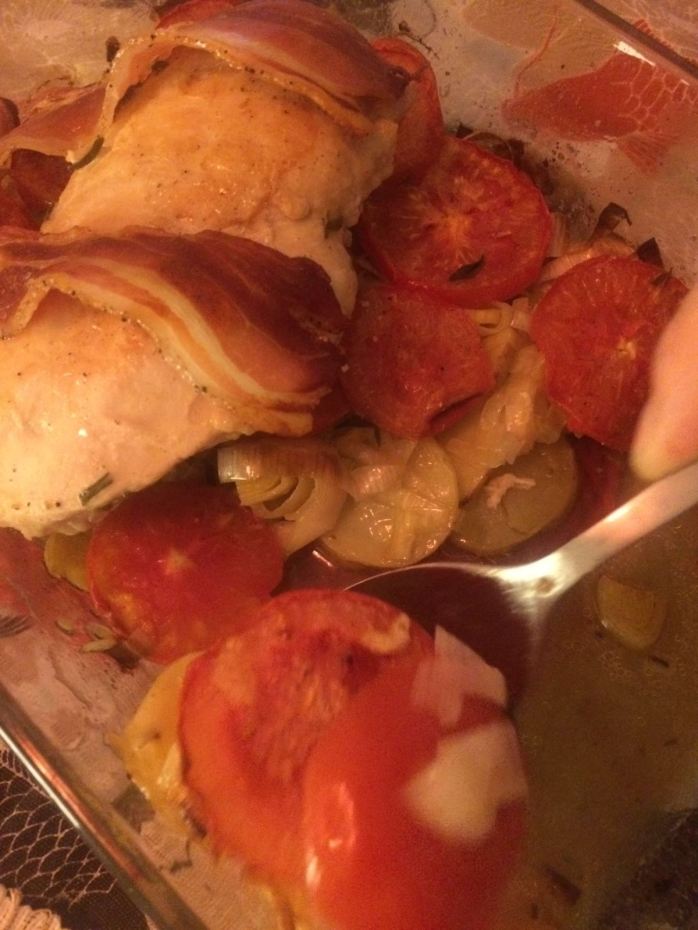 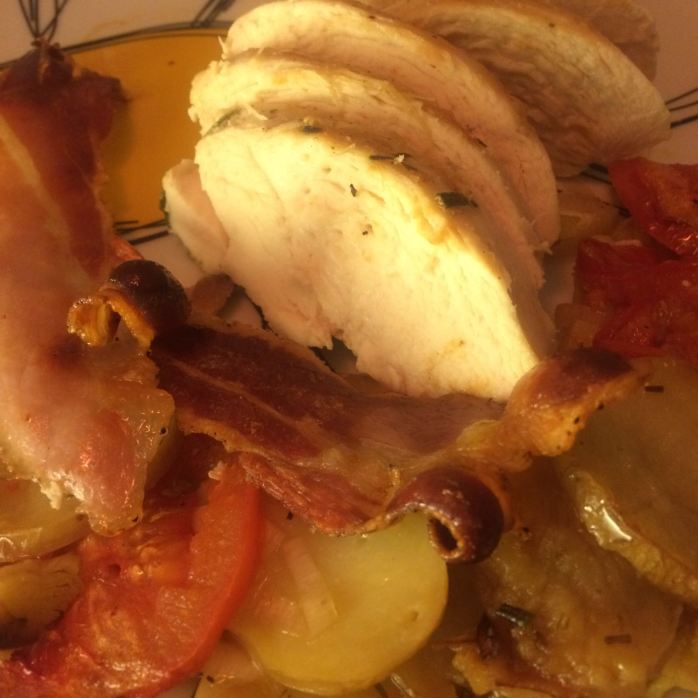 2 Comments on “One Dish Chicken”