…to when we had dinner with Franco.

Or as close as “with Franco” as we could.

Not that we like Franco, or Francoism, or Fascism. But ever since I came to Spain and discovered how much of a taboo the whole topic is, I’ve been fascinated by his legacy. (here is one example) The wound Franco left in Spain is still healing and it’s really difficult to find someone that openly declared their support of his regime. So when, coming back from a trip to Almeria, I realised that we’d be driving right by Casa Pepe, we stopped there for dinner.

Casa Pepe is in this random place called Despeñaperros, which literally means “where dogs plunge” is the place in which the road crosses a steep gorge with cliffs more than 500m high. And, to the side of the road, there’s Casa Pepe.

The walls were thick with photos of Franco, autographed pictures of Spanish actors and actresses.

There were bulls’ heads that stared at us with beady eyes.

The food, that was really good. Olives, of a variety I’ve never seen before. Paté, thick and creamy and perfectly seasoned. Pork loin, cured in pork fat. (yes, you’ve read that right) 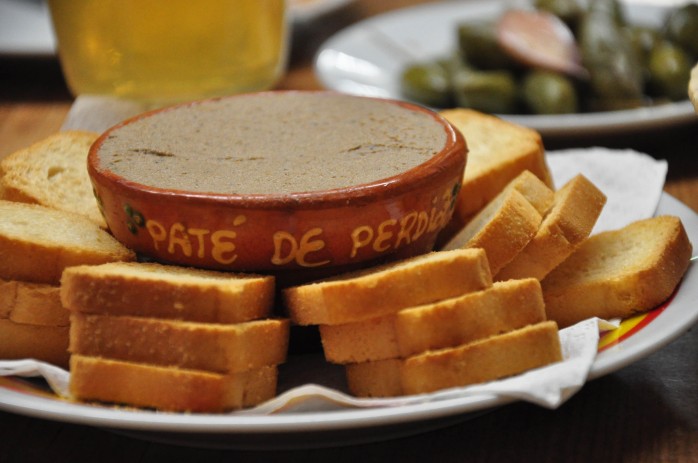 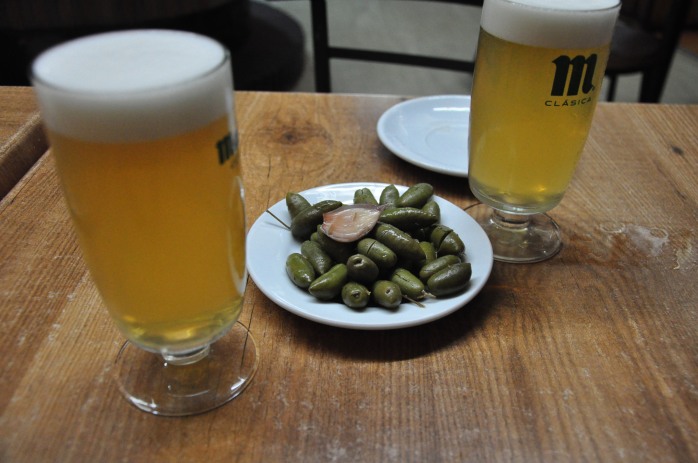 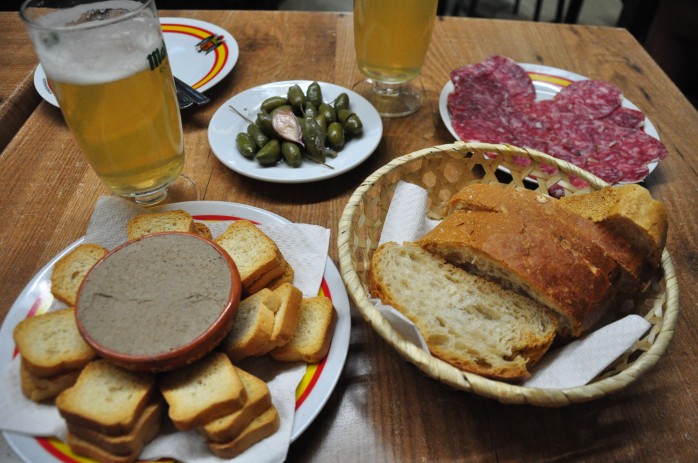 Slowly we realised that the plates were lined with the Spanish flag and the eagle was proudly drawn on every one of them, the words “una, grande, libre” – one of Franco’s mottos – entwined in its wings. 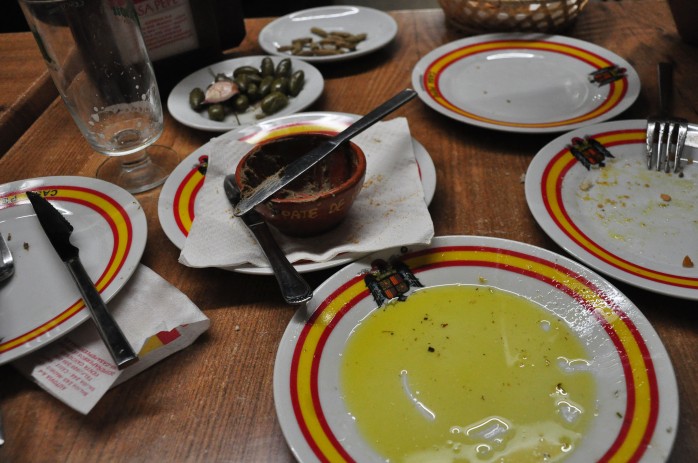 It was an experience. One that I recommend. Apart from the food, which was yummy, the atmosphere was….unique.