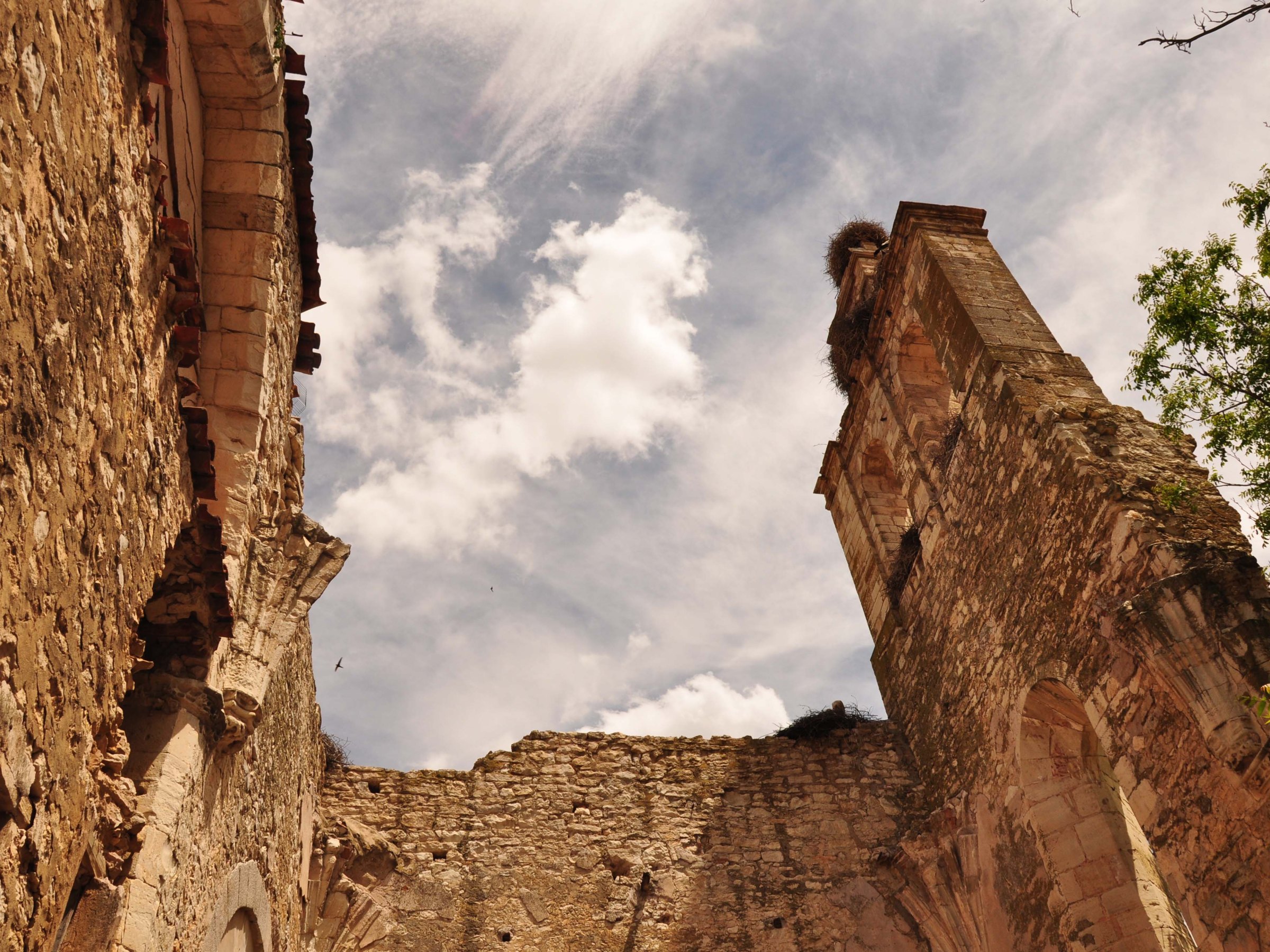 After the first part of last Sunday, we were hungry. And wanted more than what the little market offered, so we hopped into the car and literally drove around randomly. First on the highway, north, then we took an exit and went towards the mountains. We crossed a tiny, deserted and restaurant-less village and then found Torrelaguna, that not only had a few open restaurants but also an amazing monastery in ruins that had been transformed into a stork residence. The storks were what really convinced us.

We decided that the bar right underneath the ruins was where we’d scavenge for food. It turned out to be a good idea, even though the first time round the fish was raw. And I mean Gordon Ramsey bad word raw.

After lunch we walked to the center of town and saw the current church. Not in ruins.