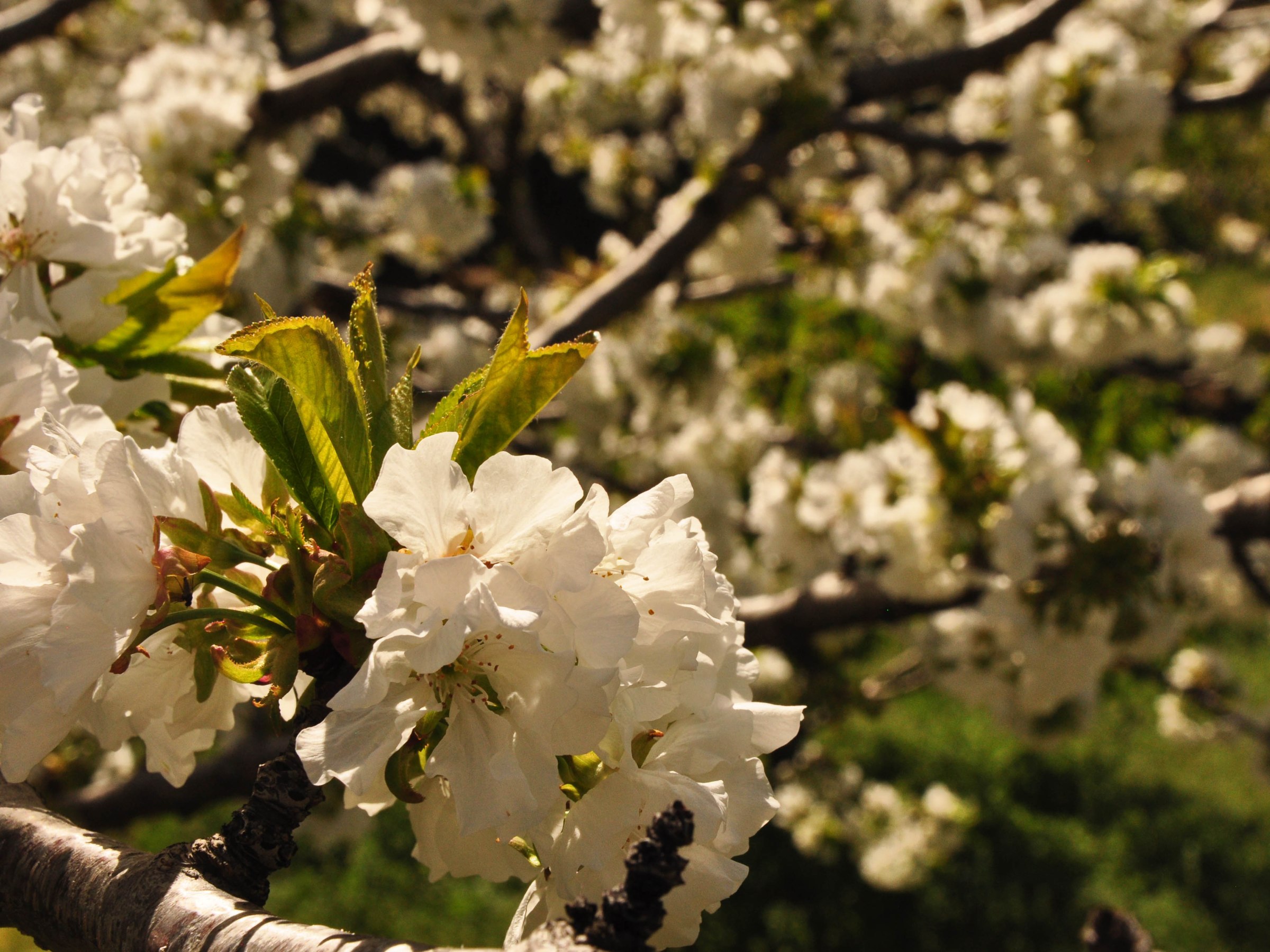 Last Thursday, we joined the last Spaniards that were leaving Madrid for Easter. Easter in Spain is a big deal, more than any other holiday – they celebrate practically the whole week, with schools closing on Monday and shops on Thursday. Madrid was basically empty of Madrileños and stuffed instead of tourists. Many, many tourists!

Anyway on Thursday, boyfriend’s only day off work and thus our only chance of skipping town, we woke up, checked the weather, filled an icebox with food and drink, grabbed our cameras and drove to the Valle del Jerte. This valley is about a 2,5 hour drive from Madrid, between La Vera and Plasencia and is exceptional especially this time of year.

Why? Well, because the Valle del Jerte produces 50% of Spain’s cherries. And cherry trees blossom. And when they do, they are…spectacular.

We drove all the way up to Valdastillas, a tiny village up the N110, and there got our first taste of the trees. We also discovered that not all Spaniards were frolicking somewhere at the beach or eating at their abuelita‘s house in their precious pueblo. Some of them were being tourists, just like us, and driving through the valley to see the flowering trees. We never met any international tourist – or at least none that were visually or aurally recognisable.

There were quite a lot of bees and other pollinators, but even while we were eating none of them came near. I guess they had more important things to think of!

We drove up the east valley bank and parked on the side of the road, going a few meters into an orchard to have a picnic. Everyone seemed very relaxed about property, parking, cars and tourists – all the orchards were open and anyone could walk in and take photos, leaving the car on the side of the road without anyone complaining. We loved the friendly atmosphere. 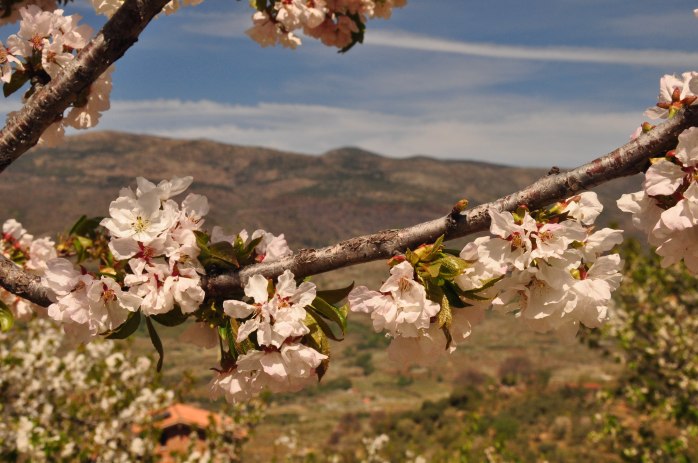 There were some shops open, selling cherry products, which included but were not limited to cherry vinegar, cherry honey, cherry liquor, cherry jam, cherry coulis, preserved cherries in alcohol and much, much more! The valley also produces other things, such as jamon and pimenton (paprika. Which I was not very interested in, being allergic…)

The cherry trees that grow in the valley are of several varieties, depending also on the altitude they are planted at. However the most common and most famous is the Picota cherry, that are protected by the denomination of origin certificate – the only cherries that can legally be called Picota come from this valley. Picota means “peaked”, due to their shape, and since they naturally separate from their stalk when they’re picked, they’re sometimes referred to as “stalkless” or “stemless” cherries.

We stopped to take photos of these granny trees, with trunks so thick they must have been as old as me!

When we finished lunch we headed towards Piornal, following the directions given to us by this incredibly modern and informative website that should be an example to any location trying to attract more tourists. From Piornal we drove to Barrado, Cabrero and Casa del Castañar, however the most beautiful spot was the first one we visited, Valdastillas.

Valdastillas was full of tourists though; once we left it, we had the whole road and trees to ourselves. And the views from the other villages were breathtaking.

We even saw a whole hillside of magenta heather! I kept my eyes open for Heathcliff, but I couldn’t find him anywhere.

I guess we’ll have to go back at the end of May to taste what these gorgeous flowers have become – juicy, fresh, tasty cherries!

PS watch this log for more posts on this day: more photos of flowers, closer though, some of Piornal and its odd January tradition and an impressive fountain, the dam and the Canadair and some cool bird and mammal sightings ^_^