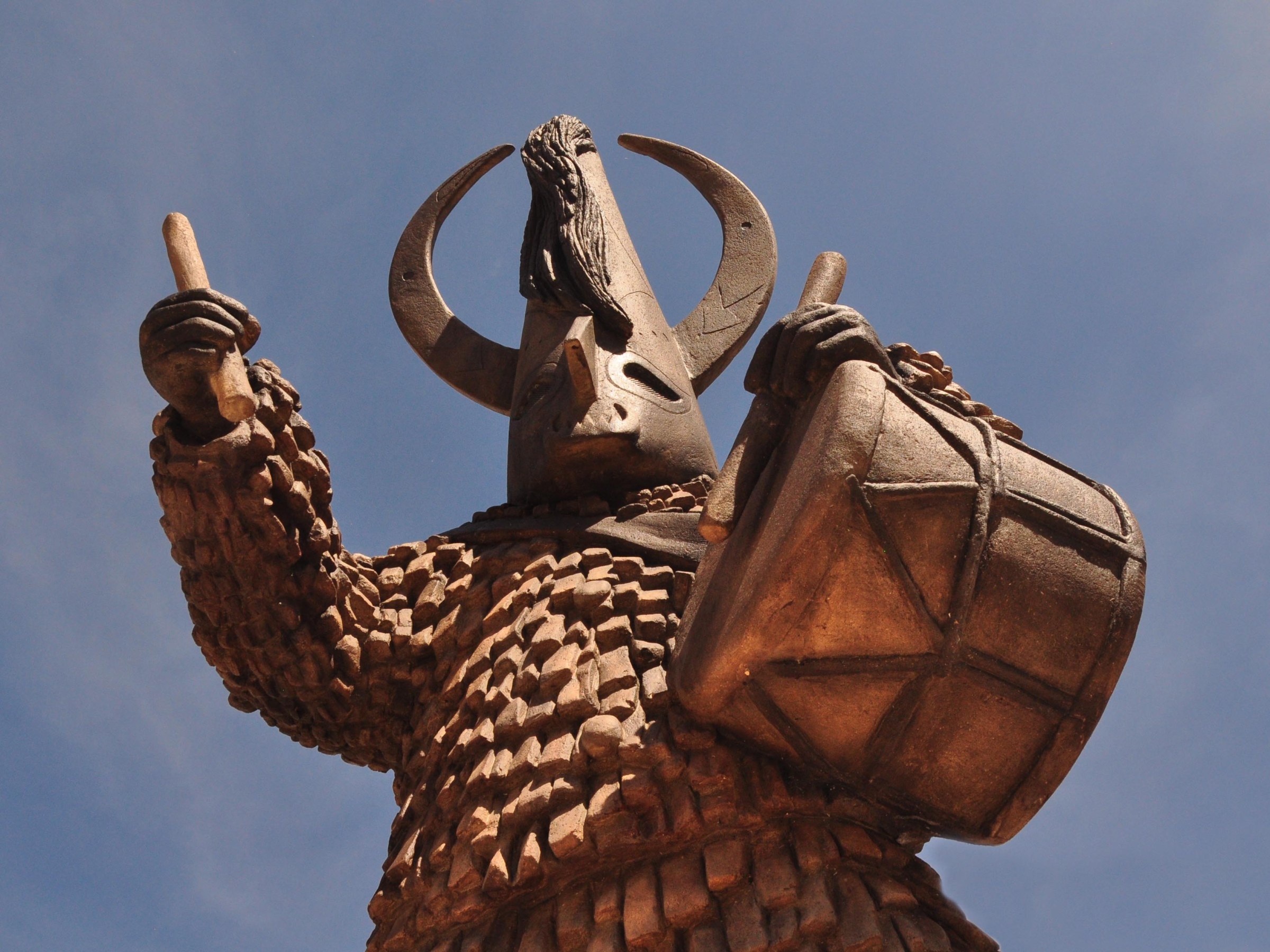 Remember that time we visited the Valle del Jerte and saw the cherry blossoms? I bet you do. And do you remember that Piornal was quite a little village, with a strange wolf fountain? Well, while we were there, we discovered that it also hosts a very strange and unique tradition, the Jarramplas.

Jarramplas is the name of a creature known and celebrated only in the village of Piornal. A mythological figure that represents a livestock thief, Jarramplas walks down the main street of Piornal on the 20th of January (it’s cold then, mind you – I’ve seen photos of the event in which everything’s covered in snow) and is basically stoned by the villagers with turnips.

It’s an honour to be chosen to represent the Jarramplas, and the longer you resist the turnip stoning while playing your drum, the more valiance you achieve. In recent years, the person that dresses as Jarramplas is required to wear a protective fiberglass armour under the costume, which, along with this photo, goes to show how violent the event can become.

Next year we are definitely going to see this! 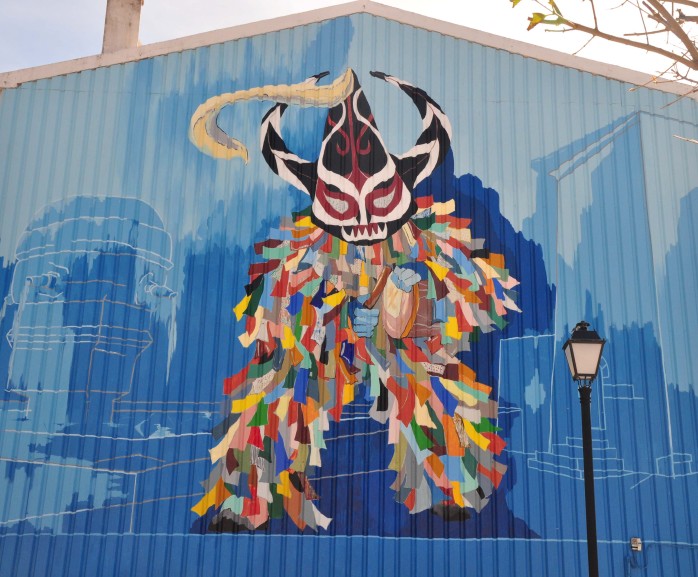